Beat the heat: southern Alberta finds creative ways to cool down as has heat wave arrives in Lethbridge

Beat the heat: southern Alberta finds creative ways to cool down as has heat wave arrives in Lethbridge 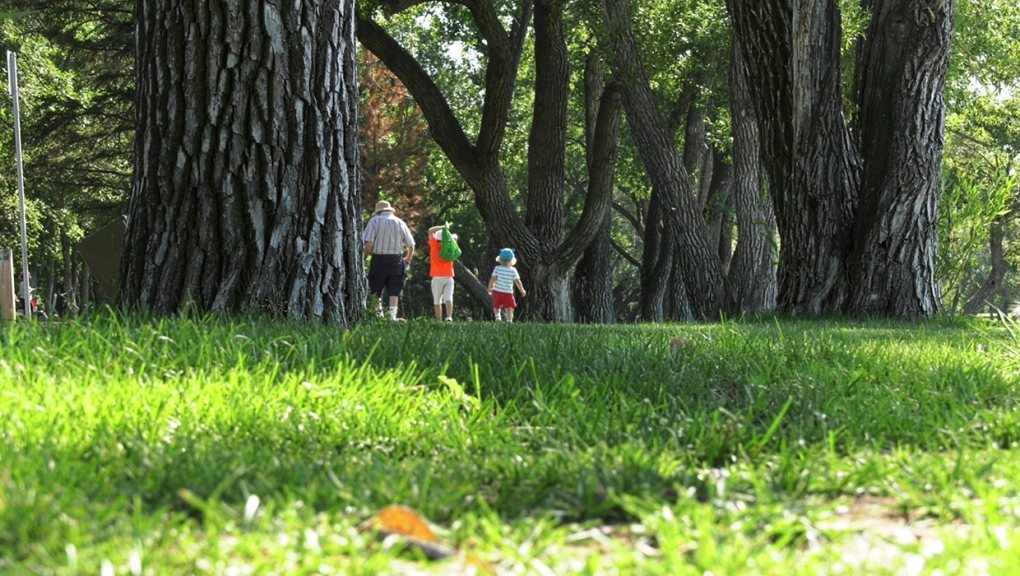 Alberta Health has issued a level two heat alert for the southern Alberta region. That means temperatures are expected to climb up to 32 degrees Celsius during the day and not get cooler than 16 degrees at night.
LETHBRIDGE, Alta. -

Ahead of the August long weekend, Lethbridge is once again under a heat warning issued by Environment Canada.

Residents took to Henderson Lake early this morning to beat the heat.

Daytime highs in the city are forecast to be in the low to mid 30s throughout the weekend and until at least Tuesday.

The sweltering heat is forcing some residents to get creative to stay cool, including using air conditioning.

“Sales have been quite steady so far and we’re only half way through the summer,” said Chris Bruce, sales and marketing manager with KB Heating and Air Conditioning. “In the early part of summer, maybe you put it off for a little bit, but as the summer days get a little bit longer and there's a little bit of uncomfortableness at night then we see people have a great increase in demand and we're seeing that now.”

“The only difference this year is supply chain, we've been able to get the product quite easier, last year there was quite a bit disruption in the market place and this year is a lot more solid,” he said.

Alberta Health has issued a level two heat alert for the southern Alberta region. That means temperatures are expected to climb up to 32 degrees Celsius during the day and not get cooler than 16 degrees at night.

Heat waves can cause an increase in heat-related illness, enhance drought conditions and can cause long-term draw on power.

The city is reminding residents to drink water, stay in the shade and avoid peak heat times.

Some business owners say the hot temperatures have been a real boost in revenue.

“It’s been significantly busier, especially the weekends - weekends are generally our busier time anyways but with the hot weather we've seen quite a bit of influx in customers,” said Ashley Ohno, co-owner of Milkman Milk Bar.