CALGARY -- While he expects the current wave of COVID-19 to result in more than 2,000 new cases per day in the near future, Jason Kenney still has high hopes Alberta will beat the pandemic in short order.

The premier made the comments during a media availability on Saturday where he, along with Education Minister Adriana LaGrange, announced details of an expansion to the province's rapid testing program for schools.

These two plans will make strides towards putting the pandemic, along with most of Alberta's health restrictions, behind us by the time June rolls around.

"We absolutely can get back to normal this summer," Kenney said. "We anticipate that we can get to something like 70 per cent protection of the population either through first and second doses or immunity acquired through natural infection by the end of June.

"The path forward that we published at the end of January was linked to declines in hospitalizations and now we're going in the opposite direction."

At last count, there are 330 Albertans in hospital for treatment due to COVID-19 and he says those number will increase in the coming days.

"We do expect to see significant increases from that number because of the spike in cases over the last couple of weeks." 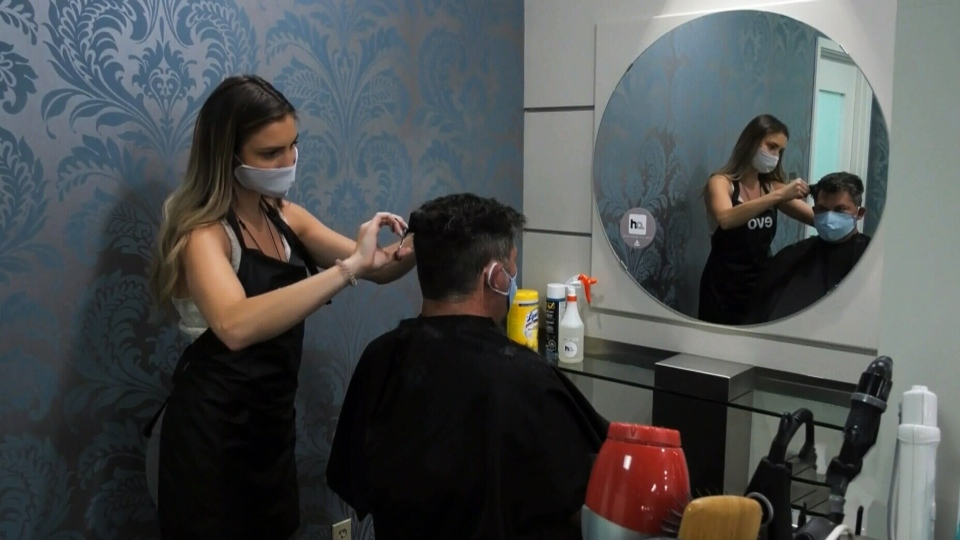 Kenney added that Alberta Health Services has vastly improved their contact tracing capacity in response to the third wave, but he is anxious when he sees how quickly new cases numbers are rising.

"I am concerned that we will very well start cresting beyond 2,000 new daily cases in the foreseeable future. So our contact tracing system may be challenged again."

He says contact tracing teams will continue to prioritize schools as part of their work.

No matter how many cases per day Alberta could see in the future, Kenney insists that Albertans need to stick to the guidelines to bring them back down.

"At the end of the day, the only thing that's going to stop the increase in these variants is Albertans, as a whole, deciding to stop social interaction (and) to follow the public health guidelines," he said.

"If we can do that, the vaccines will catch up to the variants more quickly and we can go back to reopening."