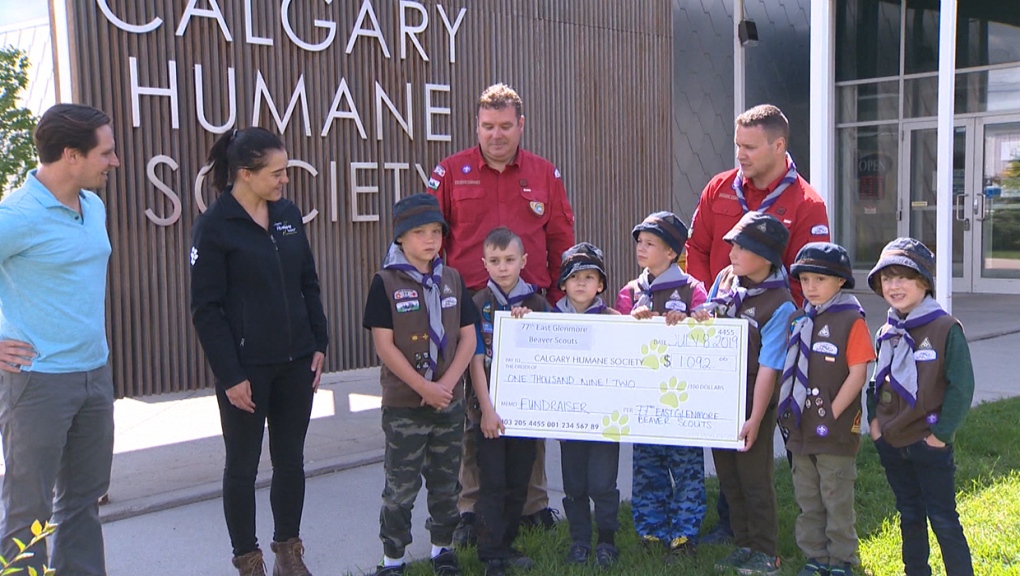 They might be small but their donation is expected to have a big impact at the Calgary Humane Society.

On Monday, members of the 77th East Glenmore Beaver Scouts presented a cheque for $1,092 after months of fundraising.

The donation is part of a project to earn the highest award; the North Star badge. The group, comprised of children between the ages of five and seven, had to come up with a plan to help the community.

"The kids really wanted to pick something that they could feel accomplished," said Stephen Devries, leader of the 77th East Glenmore Beavers. "So they actually have to make a plan, they have to tell it to everybody, see how it’s going to work. Then they actually put that plan into action and it’s youth led so they got to choose it. We as leaders didn’t pick at all, they all did it themselves, and then we just helped them enact the plan."

After looking at a number of options including picking up garbage around the city, the group decided they wanted  to help an animal shelter.

"I went to beavers and then we all voted on the humane society, because they all loved dogs and they wanted to help animals," said Maxin Devries, a member of the Beaver Scouts

Over the past few months the group raised money through bottle drives, candy sales and setting up donation booths at grocery stores.

The Calgary Humane Society doesn’t receive government funding and relies on donations and support from the public. Phil Fulton, manager of community outreach for the shelter, says it’s great to see young people interested in helping animals in need.

"I’m truly grateful, the shelter is truly grateful for young people that decide to take the initiative to help the animals and raise donations."