A massive berm is now completed across Memorial Drive in Calgary and will better protect the community of Sunnyside should the Bow River breach its banks, but the protection may not be needed as the city's rain forecast improves, officials said.

"Our state of local emergency remains in place as we continue to monitor for peak water levels and river flows," Henry said.

"We are continuing to take all of the preparedness actions to make sure we're ready for whatever's happening in the coming hours and days."

The Elbow River is expected to peak Tuesday evening. On the Bow River, current models show the river will peak some time on Wednesday morning. River flows are not expected to cause significant overland flooding, the city says, and the Bow River isn't expected to reach levels that would prompt evacuations.

However, officials were quick to point out that the forecast can change for the worst.

"We're very optimistic in terms of the outcomes and what is going to develop over the next day and a half as we see those peaks flow through the city," said Francois Bouchart, the city's director of water resources. 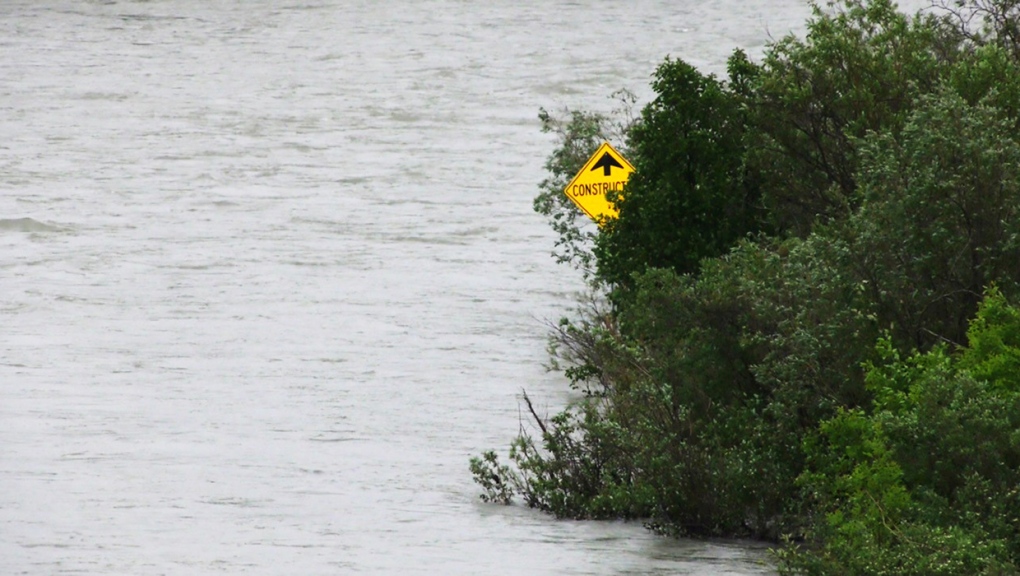 "I do want to remind everybody, though, is that weather is very dynamic and conditions on the river can change very, very quickly."

The berm across Memorial Dr. will likely remain in place for at least a week, as city officials monitor another possible rainfall heading towards the area next week.

In the community of Bowness, another area the city is closely monitoring for the possibility of localized flooding, water pumps have been distributed and some residents have set up small sandbag barriers to hold back any water that could spill into their homes.

The city is also closing Bowness Park, St. Patrick's Island and Prince's Island Park as water levels rise. There's no word when the pathways and parks will reopen.