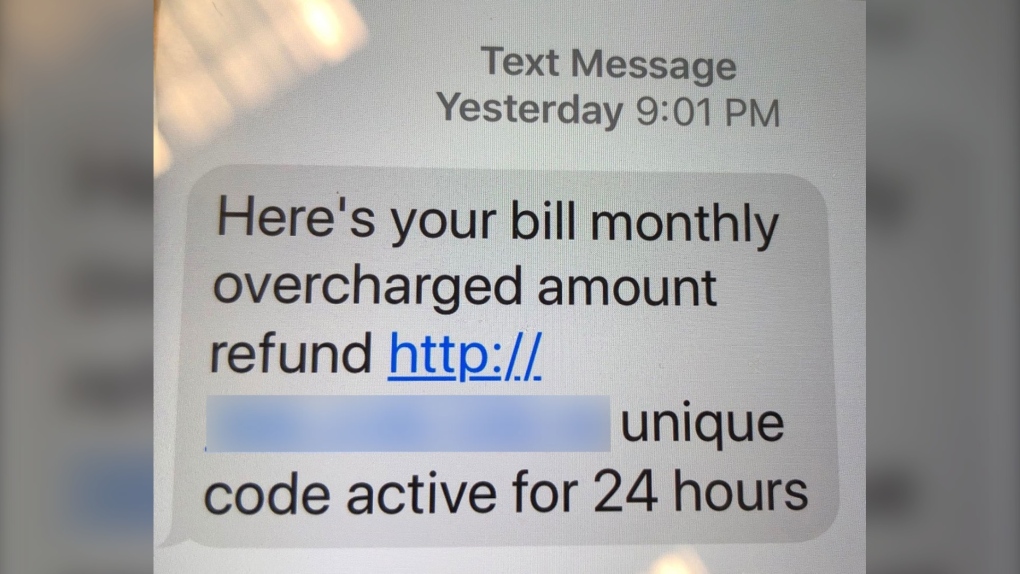 The text messages often have stories of refunds on bill overpayments, but authorities say the links lead to malware. (Supplied)

CALGARY -- It's too good to be true and often isn't.

Police are alerting residents about a rise in unsolicited text messages from scammers who pose as banks, cell phone carriers and even the federal government in order to take advantage of victims.

Lethbridge police issued the warning on Wednesday and say the messages, which often include links, are called "smishing", the SMS equivalent of email phishing scams.

The service said it has already gotten a number of complaints from residents who have received these messages.

Officials say the residents are told to click on a link in the message to deposit a refund from a bill they've overpaid.

Police say it is always a bad idea to click on the links in the messages as they usually lead the victims to a malicious website that could put their device or personal information at risk.

"If you receive a text message from a company you do business with, call them directly to verify the information before taking any action," police said in a release.

Other ways to protect yourself include: