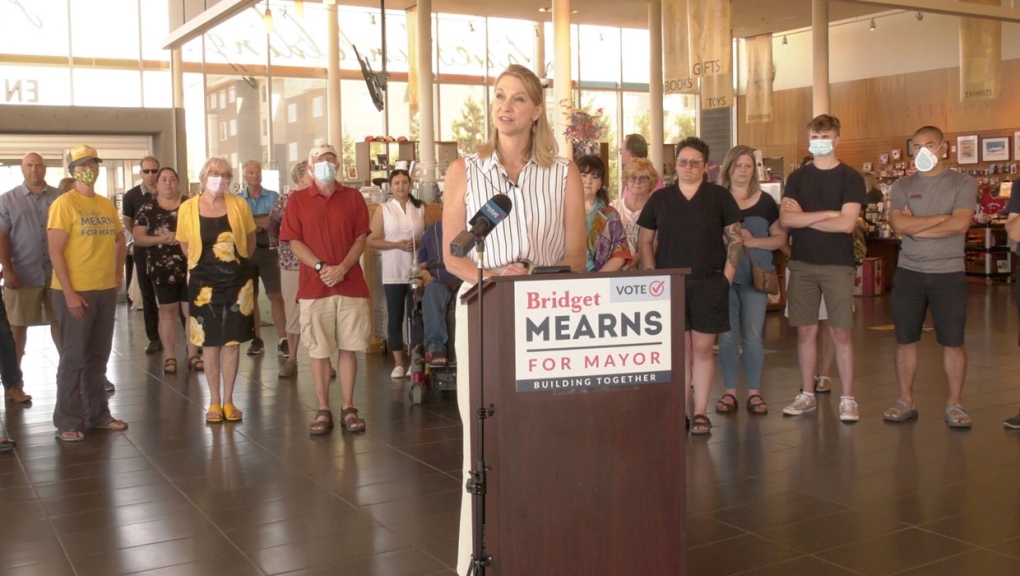 Bridget Mearns, a two-term city councillor who stepped away from politics four years ago, has become the first woman to join the Lethbridge mayoral race in the October municipal election.

“I always knew I’d be back to public life,” said Mearns, as she launched her campaign at the Galt Museum in front of a group of about 20 people, including family, friends and supporters.

Mearns was first elected as a city councillor in 2010 and ran for mayor in 2013. She finished second to Chris Spearman in that election, but was re-elected to council six months later.

Mearns re-claimed her seat on council during a by-election that was held to fill a vacancy left by the death of city councillor Wade Galloway, who was killed in an avalanche while snowboarding at Waterton.

Mearns did not seek re-election in 2017, but took time to complete a Masters of business administration and was executive officer for the Building Industry and Land Development Association (BILD Lethbridge).

She watched the past council and listened to people who reached out to her, expressing frustration over the division among city council and the community.

“They wanted change and wanted to get things done,” said Mearns. “I saw there was something I had to offer and now is the time to make that offer to the citizens of Lethbridge.”

Mearns is the sixth candidate to step forward, and the only woman in the mayoral race at this point.

Community activist and philanthropist Knud Peterson introduced Mearns at her campaign kickoff, voicing his support and conviction that she is the right person, and the right woman, to be the next mayor.

“Lethbridge’s first mayor was Charles Magrath, elected in 1891,” said Peterson. “Since then we have had 25 different men occupy the mayor’s chair.”

Peterson added, “I firmly believe she is the best person to lead our city forward. Now is a very appropriate time to elect our first woman mayor.” 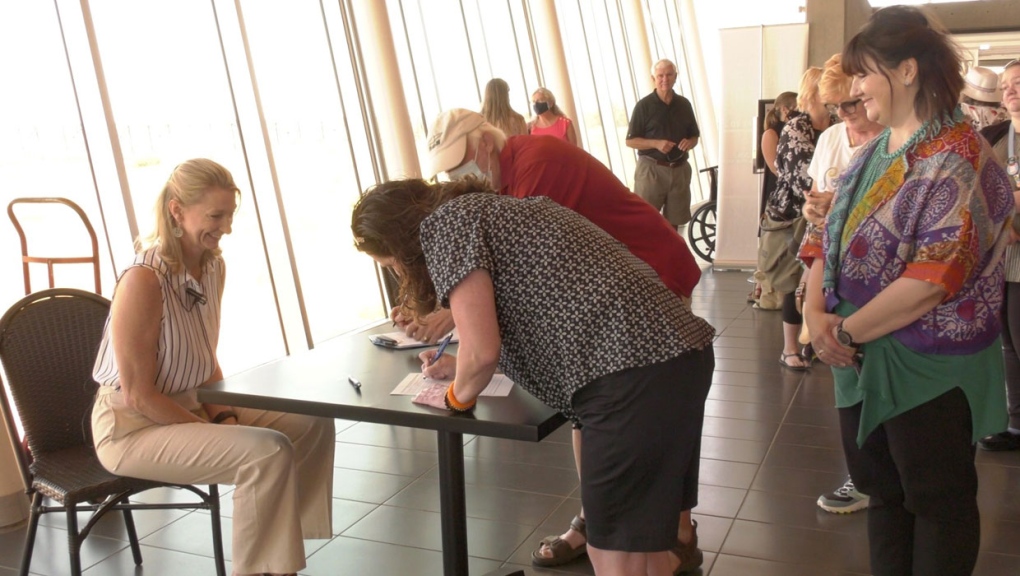 When Mearns was asked about that later she agreed it was a trend she hoped to break this October.

Mearns said she had been thinking about running for mayor for a couple of months, and made the final decision after speaking to her family and people in the community.

“I have incredible support behind me, and that was the final push for me to do this.”

Mearns said her past experience on council, her work in the private sector and background in the non-profit sector all make her a good choice.

“I won’t have all the answers but I understand that we do collectively, and I think it’s important we foster that, and have a leader who knows how to do that.”

Mearns said the city can’t solve all of the challenges it faces alone and needs a mayor that has the respect of council, as well as a non-partisan relationship with other orders of government.