'Bit of a shock': Alberta woman who lost her job earns thousands renting out her belongings

OKOTOKS, ALTA. -- An Okotoks woman who lost her job due to the COVID-19 outbreak has found great success in an unexpected income stream by renting out her personal belongings online.

Sabine Lines was one of the thousands of airline employees laid off during the pandemic, but the former flight attendant quickly found that she could offset her lost income by putting things she owns up for rent to community members through an app called Ruckify.

The service provides an online platform for users to browse items and rent the ones they might need for a prescribed amount of time. Lines says the venture has been quite lucrative.

"Within our first three months of actually renting out our items on Ruckify we ended up making over $7,000," she said. "It was a little bit of a shock!"

She discovered the app when Robyn Fischer, a friend who works for Ruckify, asked if Lines would be willing to rent out her ride-on lawnmower due to local demand for the item on the platform.

"I would just as soon rent from somebody in our neighbourhood or perhaps in our town," said Fischer, explaining that many people in the area felt the same way during the pandemic.

"Everybody takes the precautions. So we sanitize the items, the handoff can be at a nice safe distance," she said, adding items are often placed on the porch. 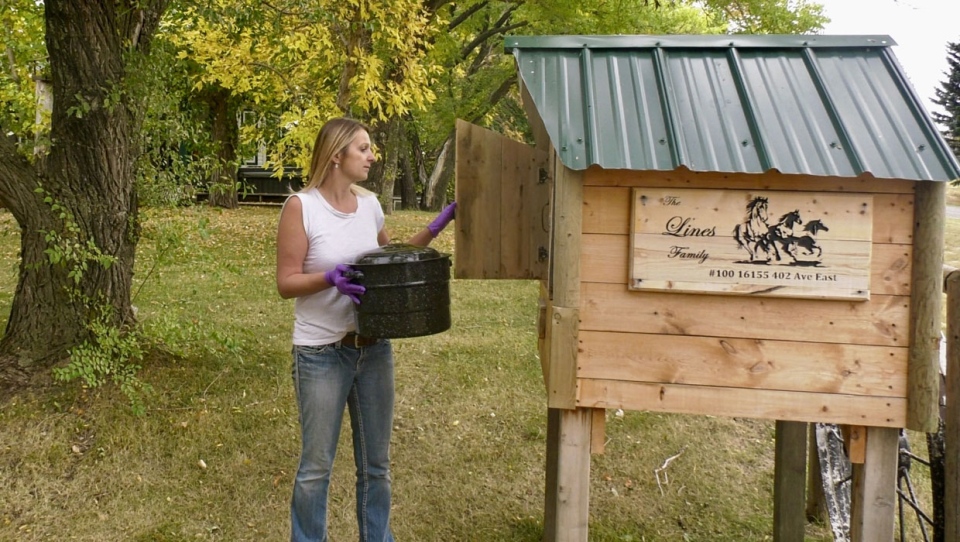 At first, Lines was skeptical about handing over her things to strangers but decided to do it to help people out and said the positive feelings and interactions that resulted have made the venture even better than she expected.

"That was the biggest joy out of the whole thing," she said.

So far, she's posting more than 100 items, including popular picks such as canoes, canning supplies and a pressure washer.

"I never realized how much stuff in our own home that we had that might be beneficial to somebody else," said Lines.

The renting platform has boomed during the pandemic.

"Every month we’re up at least 10 times where we were last year at the same time," said Steve Cody, one of the founders of Ruckify. "More people are actually getting bookings."

The site also includes an option for people to have the items they rent delivered, returned and sanitized for them.

"They hire members of the community and service drivers," said Fischer. "I’ve had somebody come pick up a large rototiller for instance (and) deliver it to a home."

After supplementing her family’s income over the summer by using the site, Lines has now taken a job with Ruckify as part of the customer success team.

She said others who are looking for new ways to make money might be interested in renting their items too.

The app is available in hundreds of communities throughout North America.