CALGARY -- In the wake of COVID-19, a father-son team in Black Diamond are using their newly acquired free time to film and produce a cooking show in the comfort of their own home.

“We’re sitting here doing nothing all day so I said why don’t we do a little cooking show?” said Liam Dunning.

Liam and his parents, Andrew and  Debbie,are the owners and operators of Dunning Imagery, a photography and filmography company based out of Black Diamond, Alberta.

They’ve been operating for the past three years but recently had to take a step back due to the pandemic.

Instead of sitting around the house all day idle, they've created a YouTube cooking show called Quarantine Cooking with Andrew as the host and chef to help lighten the mood in a world filled with bad news.

“Everybody’s been so negative on the internet and we just needed something positive to lift it up,” said Andrew. “So that was pretty much our motivator, kind of using our superpowers for good.”

The first video featured Andrew making a stuffed pork tenderloin in his own style with some packaged items and plenty of wine. 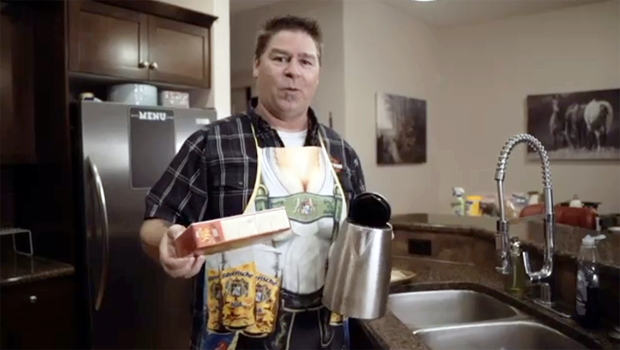 With Andrew in front of the camera, Liam took it as a great opportunity to hone his craft and create some content they can use when looking for work in the future.

“It can be difficult to shoot and difficult to color correct and make things look good and appetizing so I’m very happy to do this as practice for myself and show what we’re capable of,” said Liam.

The first episode was uploaded to their YouTube channel, Credit Cooking on April 16th and has gained traction online.

With Liam directing and editing and Andrew being front and center, Debbie is on the sidelines watching and cheering her boys on.

“She does a lot of background and behind the scenes stuff,” said Liam. “She’s a star herself when we do some videos but as far as Credit Cooking, it’s a lot of moral support.”

In their upcoming videos they plan on making a chicken parmigiana, some homemade caesar salad and bruschetta and a mayonnaise chocolate cake that Andrew says is super easy and anyone can do it.

For more information and links to Quarantine Cooking visit:  www.dunningimagery.com