Blast of light across the sky: Meteor streaks atop Calgary, spotted throughout Alberta

CALGARY -- Early rising Albertans with an eye to the sky got a treat Monday morning.

A massive, but short-lived fireball streaked across the sky at 6:24 am.

Seconds later what lit up the sky was lighting up social media as people started reviewing their security cameras and dashcams  and posting the video they caught.

If you caught the #fireball (#meteor) at 6:23 am in #yeg area today, best place to report it is https://t.co/Ws5yHhUkeI. We're checking our cameras to see if we caught it - stay tuned!

Doorbell cameras facing east recorded the meteor at locations throughout the province, stretching from southern Alberta to northern communities including the town of Falher.

Peter DeWit was driving north of Red Deer when the sky in front of him exploded in light.

“I saw ... the sky light up like a huge piece of fireworks almost, and soon enough this this great ball of fire rolls down towards the north,” said Dewit  “It  probably only lasted like a couple seconds, but (it) was a spectacular view.” 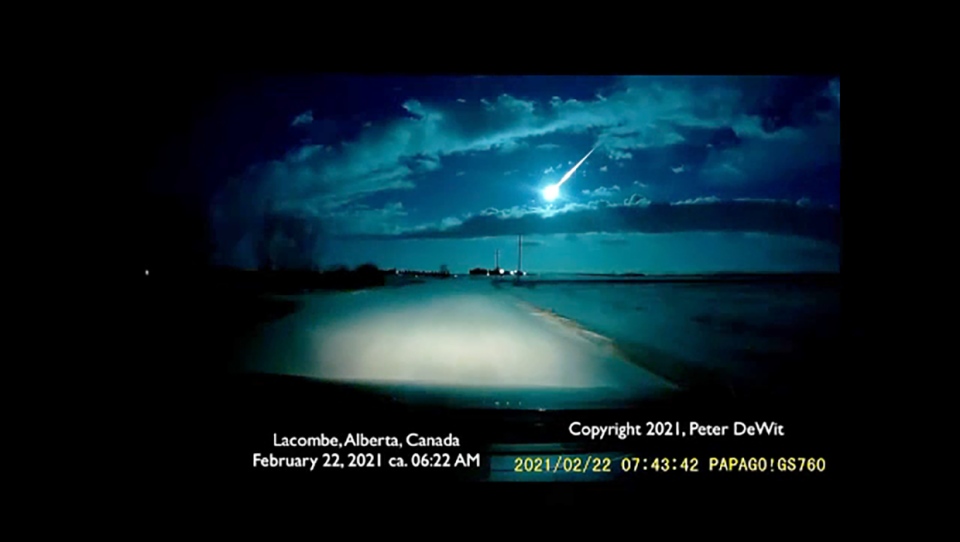 Jennifer Porter was just walking out the door of her Edmonton home when the fireball exploded in the northern sky.

"I was definitely freaked, in the moment for sure," said Porter. “I've seen shooting stars before. I've seen various things, but never something like that. So it was pretty cool to to get to witness that." 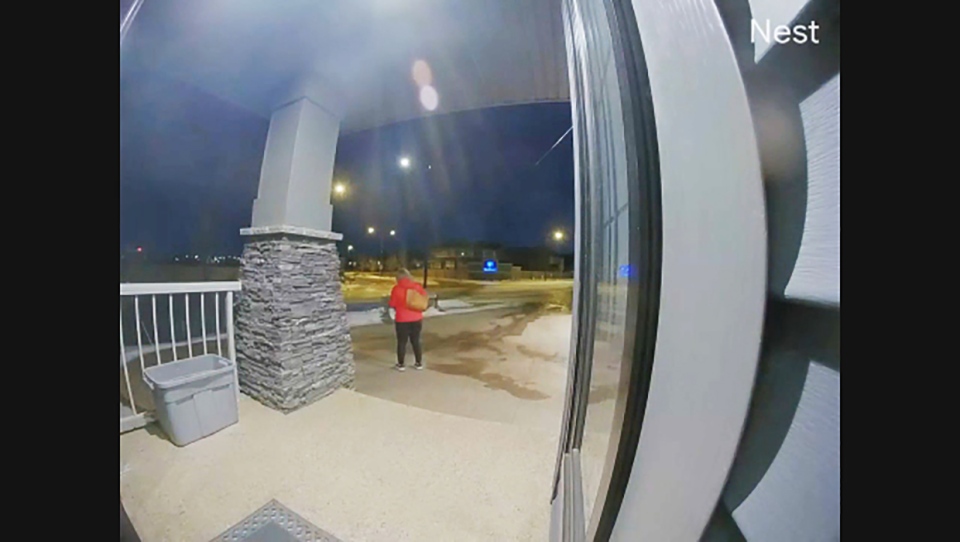 The fireball was sighted from as far east as Saskatchewan  and west to to B.C.,  and south to north from Montana to High Prairie, where it was visible nearly directly overhead

According to Calgary astronomer Don Hladiuk , a good rule of thumb is the closer a fireball  is to the horizon  the further away it is.

“If it's straight up over top of you, it's very close by,” said Hladiuk, adding that those near where it broke apart in the atmosphere may have heard it as well.

"So if anyone north of Edmonton heard sounds ... like sonic booms, or a staccato, or you know, smaller booms, almost like firecrackers, they may have actually been very close to where meteorites may have fallen," Hladiuk said.

It appears a bright fireball was observed to the NE of Calgary around 6:23 am MST. My time stamp is roughly 50 seconds fast.
This video was taken by my iPhone off my monitor better quality to follow. Anyone to the NE of Calgary hear any booms? @CBCEyeopener @CalgaryRASC #fireball pic.twitter.com/3ijchI1S2H

University of Calgary planetary scientist Alan Hildebrandt told CTV he estimates the size of the meteor that caused the fireball was about the “size of a beachball”, and said the fact it burned out very quickly may mean there may be little debris left to find.

“We’re hopeful in a couple days we should have some information," said Hill who helps manage a network of cameras across North America that monitor the sky for meteors. “There's numerous different scientific questions that we can answer through these investigations. But to do that, being able to retrieve the rocks as soon as possible is optimal.”

“Meteorites are denser than average rock, so they should have good heft to them. They can also be magnetic," said Hill. “They are usually dark brown and black, and they can be smooth on their exterior due to gas that is a result of it entering and passing through the atmosphere. “

Hill asks people who sighted the meteor, or who have video of it to report their encounter to the American Meteor Society.

The American Meteor Society has logged close to 1000 fireballs this year worldwide.  The fireball which streaked across western Canada on February 22 (named EVENT 978-2021) has been reported by 158 people as of Monday at 5 p.m. That ranks it as the second most reported fireball in the world this year, topped only by a January 21 meteor that burned its way across central and northern Europe that was reported by 229 people.

Hill also advised people who might discover meteors on the ground not to touch them with their bare hands.  He says the  rocks don’t pose any danger but handling them could harm their usefulness to researchers.

He also says a s long as you obtained meteorites legally (without trespassing on private property )  they are  yours to keep, but says scientists may still ask you if they can examine them.

Some very cool footage coming in after a fireball lit up the sky around 6:30 this morning. This video was captured by Melanie Babineau's doorbell cam in Cochrane. If you have any video or pictures we'd love to show it off on @CTVMorningYYC! #yyc #yql pic.twitter.com/3CejFGl3Qj

Something other than the sun lit up the sky this morning.