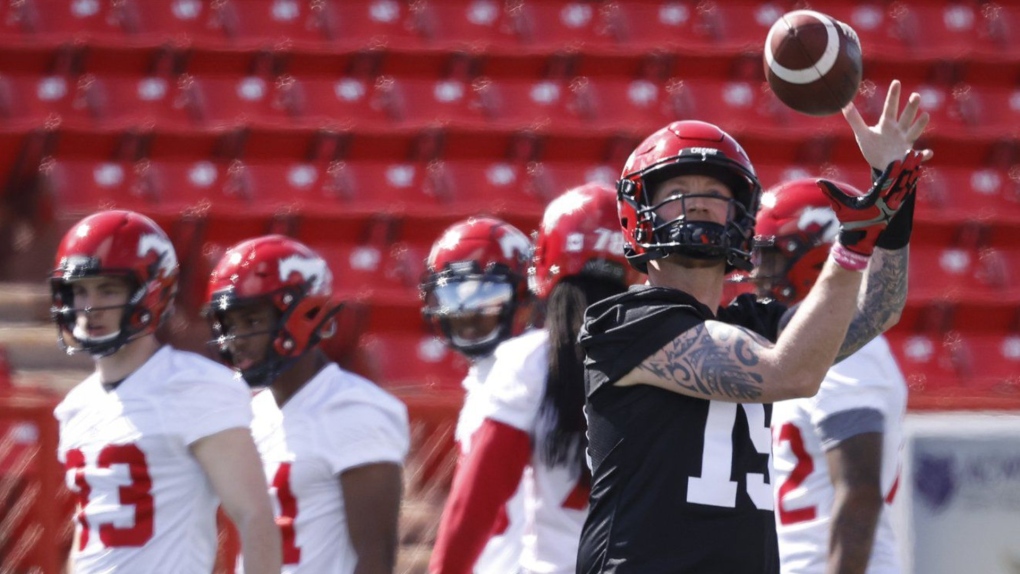 The Calgary Stampeders listed quarterback Bo Levi Mitchell as questionable for Saturday's game against the Edmonton Elks in the team's injury report Thursday.

The 32-year-old Texan had a foot injury, the team indicated in its daily injury report.

"He said he was a little sore, but other than that, I don't have anything to report," Stampeder head coach Dave Dickenson said following practice.

"Hopefully everything's good to go, but I expect we'll have three good options at quarterback."

Mitchell completed 28 of 42 pass attempts for 313 yards and two touchdown passes in last week's 33-30 overtime win over the Hamilton Tiger-Cats.

This report by The Canadian Press was first published June 23, 2022.