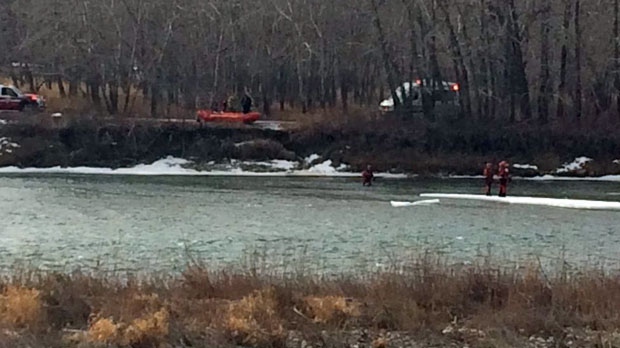 The Calgary Police Service and the Calgary Fire Department aquatic rescue team were deployed to the banks of the Bow River on Sunday following a grisly late morning discovery.

The body of an unidentified male was located in the water between Edworthy Park and Crowchild Trail, west of downtown.

Members of the CFD aquatic rescue team removed the body from the river shortly after 1:30 p.m. and the Medical Examiner attended the scene.

Police have not released details regarding the identity of the deceased but the death is considered to not be of a suspicious nature.

An investigation into the death is underway and an autopsy will be conducted in the coming days.