Body pulled from the Bow River near the Langevin Bridge 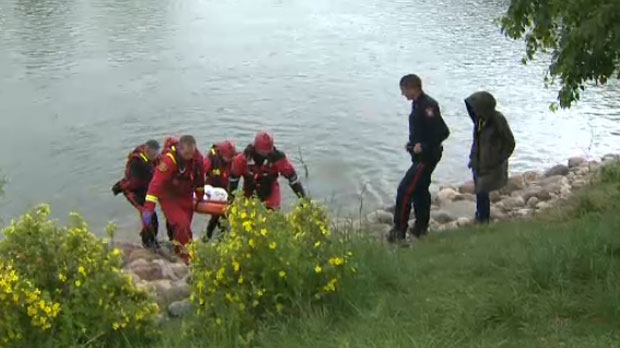 An investigation is underway following the discovery of the remains of an unidentified man in the Bow River on Sunday morning.

According to police, witnesses spotted a body from shore at around 6:15 a.m. and called 911.

Members of the Calgary Fire Department's aquatic rescue team responded to the location along Riverfront Avenue Southeast, between the 4th and 5th Avenue flyovers, and removed the body from the river.

Information regarding the man’s identity or the nature of his death have not been confirmed.