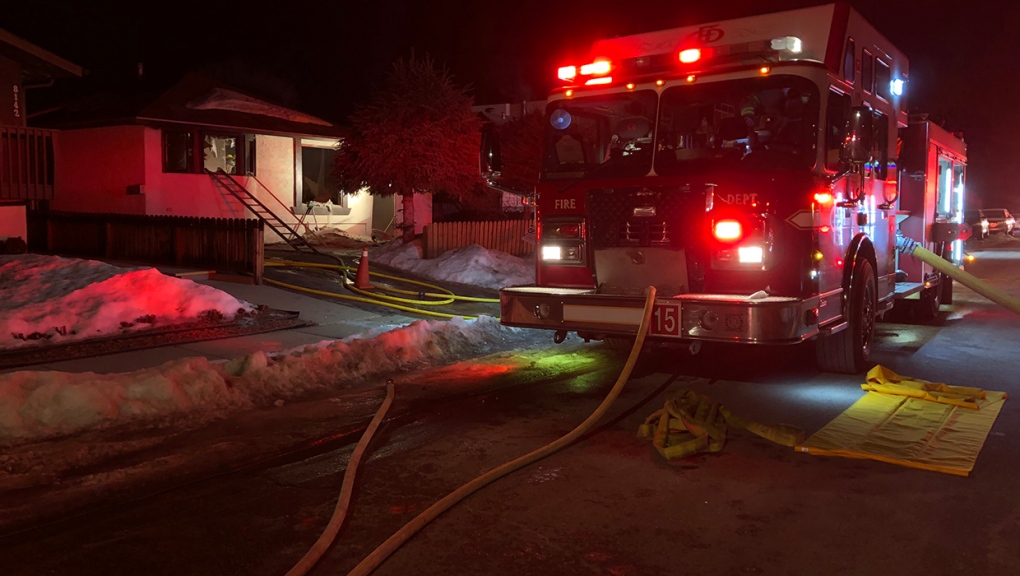 Fire crews outside of a home in the 8100 block of 46 Ave. N.W. during the response to a Wednesday morning house fire.

Firefighters responded to the 8100 block of 46 Avenue N.W. shortly after 4 a.m. after a passerby spotted smoke and called 911.

A search of the residence confirmed no one was inside. The fire was extinguished but damage was significant as the blaze had spread from the main floor into the attic.

The cause of the fire is under investigation. Fire crews are expected to remain at the home throughout the morning to monitor hotspots and ensure they don't reignite.