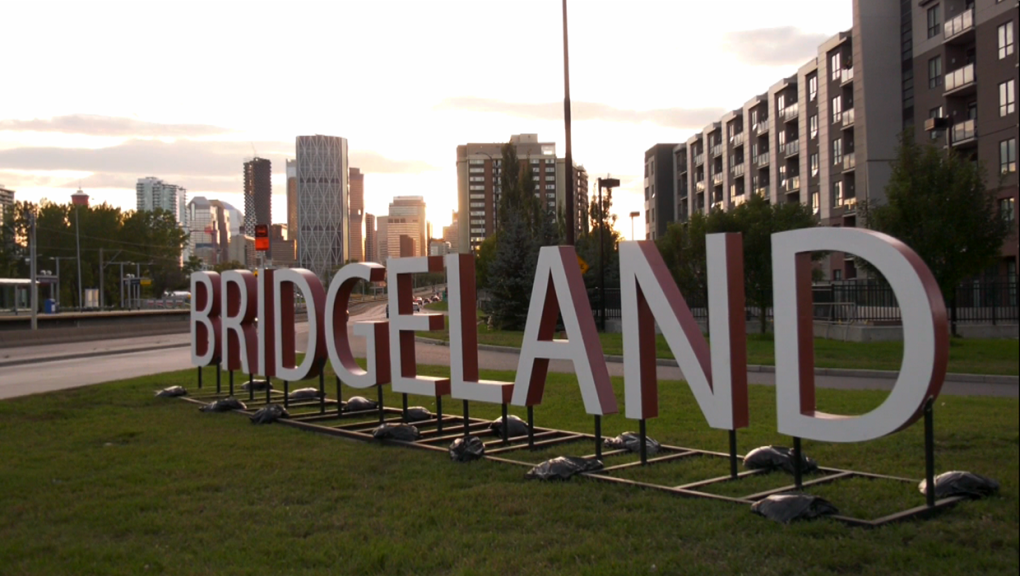 McMillan said the idea to do a pop up sign welcoming people to the neighbourhood arose out of the feeling that a lot of people weren’t even sure there was a neighbourhood where Bridgeland is.

“This is an important gateway into our community and it's (also) just sort of an empty triangle that doesn't say welcome, doesn't say there’s a community here,” McMillan said.

“We came up with the idea, then found a developer who’s building a condo one block north of here who was keen on the idea and came onboard as a sponsor,” she said.

Part of the motivation for building the sign is to reclaim more of the streets for pedestrians, to find new ways for community residents to reconnect with the river area, which is cut off from Bridgeland by busy Memorial Drive. 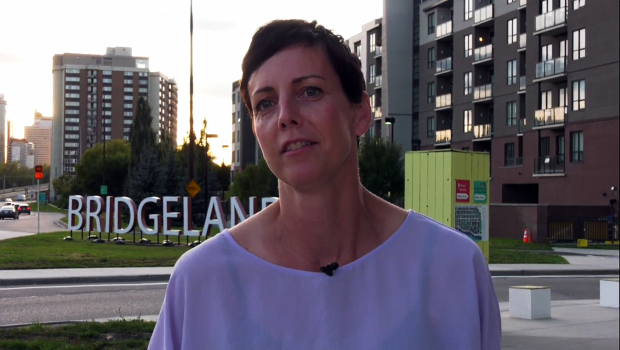 The new sign is a temporary pop-up, that will only be around a couple of years, McMillan said, because it’s a lot more affordable to do a pop-up than it is to get a permit to post a permanent sign.

“The idea is to start a conversation with Bridgelanders about what do you want to see at this gateway. And this is our conversation starter,” she said.

For the first 24 hours, the results were ‘overwhelmingly positive’, which included 170 likes on Twitter, lots of retweets, and a lot of positive commentary on the community association’s Facebook page.

“People love our community,” McMillan said.  “They’re happy to be here and are proud that there’s a sign here welcoming people to our community.”

With files from Doug Hanley