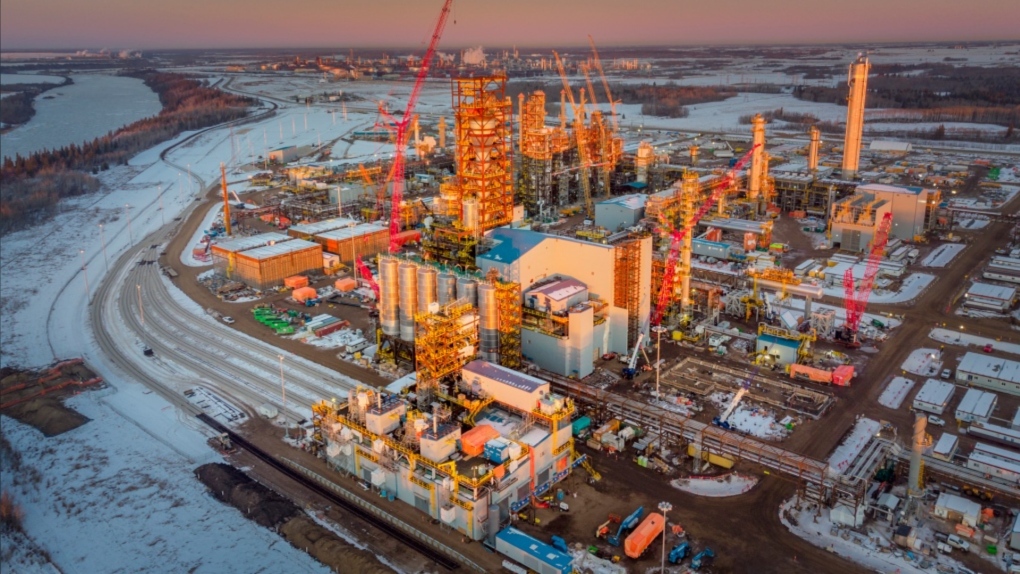 CALGARY -- In the latest shot fired in the battle for Inter Pipeline Ltd., Brookfield Infrastructure Partners LP charges it hasn't been granted access to its target's data room despite its hostile takeover offer made in February and "clear desire" to participate in the company's strategic review process.

Brookfield said Calgary-based Inter's update last week on contracting volumes from its under-construction Heartland Petrochemical Complex northeast of Edmonton "raises many more questions than it answers," including why no project partner has been found despite a long search.

When Brookfield made its takeover offer of $16.50 per share in cash or 0.206 of a Brookfield Infrastructure Corp. class-A exchangeable share (a deal that values Inter at $7.1 billion), it said it would consider increasing the bid if Inter can "substantiate" growth and commercialization plans for the $4-billion Heartland project.

Inter said last week it has signed take-or-pay contracts covering about 60 per cent of production with a total of seven parties and it is confident it will achieve its goal of 70 per cent contracted production before the plant, designed to convert propane into polypropylene plastic pellets, starts up in early 2022.

It expects Heartland to generate annual adjusted earnings before interest, taxes, depreciation and amortization of between $400 million and $450 million in its first full year of operation, based on 70 per cent stable contracted sales and 30 per cent merchant sales.

Brookfield says it was not invited to take part in Inter's strategic process launched Feb. 18 and, when it made inquiries, was told by Inter's financial advisers that access to the data room would require "unreasonable conditions," including restrictions on its ability to increase its takeover offer.

"We are not willing to agree to restrictions designed to frustrate and limit our ability to offer shareholders a higher price in exchange for reasonable access to due diligence," Brookfield said in a news release.

"These types of restrictions are not commercial, are suggestive of management and board entrenchment, and are not in the best interest of IPL or its shareholders. Brookfield remains open to engaging on commercial terms."

Inter CEO Christian Bayle said last week the company's search for a Heartland partner and the review are expected to "all funnel together" before Brookfield's hostile bid expires on June 7.

This report by The Canadian Press was first published April 28, 2021.