A cross-country motorcycle ride made its way through the foothills in southern Alberta, destined for Cranbrook, B.C. on Wednesday.

Starting in Halifax on Aug. 1, former and current veterans, emergency personnel such as paramedics, police officers and firefighters banded together to break down barriers and end the stigma surround post traumatic stress disorder (PTSD).

The event is in its sixth year and passed through Turner Valley and Nanton on Wednesday with about 70 bikes in the procession.

Paul Harman, the chief executive officer for The Rolling Barrage PTSD Foundation, says this is not just a motorcycle ride, but a pilgrimage.

“If you’ve been hurt serving Canada or her communities mentally from what you’ve seen and done, you are not broken,” he said.

“It’s more a therapeutic event, as much as it is an awareness campaign.”

The foundation is only in its second year and, according to Harman, raised more than $70,000 last year.

He says he does not want to see anyone suffer in silence.

“We are the family you didn’t know you had, for those in the background out there with PTSD, it’s exactly who we are,” he said.

“We are brothers and sisters of service.” 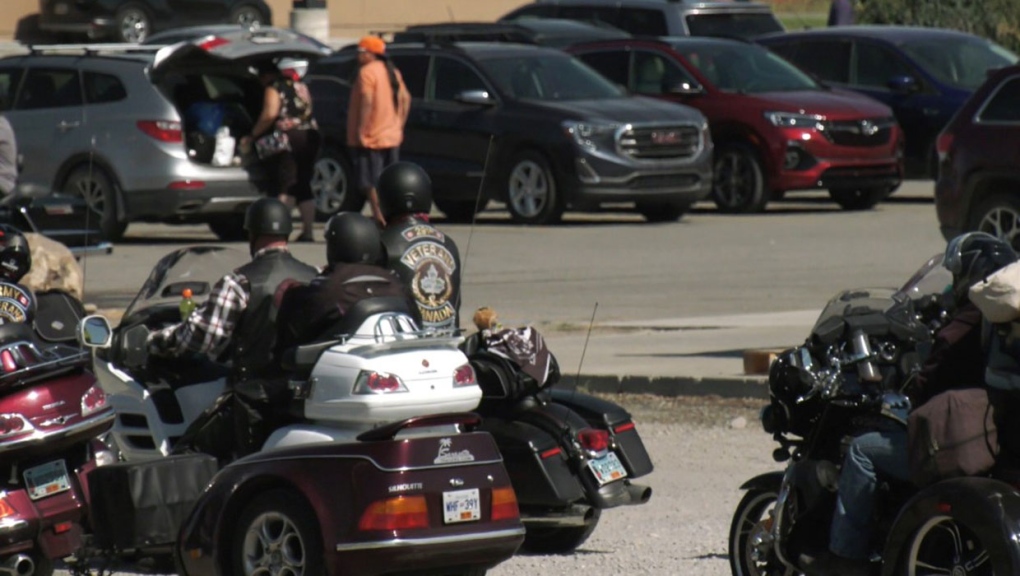 The ride began in Nova Scotia and is scheduled to conclude in B.C. on Aug. 21.

Hundreds of riders have joined up for portions of the ride while 23 riders committed to cross Canada in its entirety as the “Full Pull” crew this year.

That includes Glenn Willis, who has participated in the event every year.

From Truro, N.S., he says this is where difficult conversations are had, but he wants everyone suffering with PTSD to know there are avenues of support.

“During our everyday life, people like me who have PTSD, often have a mask we portray to people, so people only see the smiley, happy face,” said Willis.

“This ride takes that mask off, (and) we have open, raw, honest conversations. This ride changes lives – it saves lives.”

Carola Singer, whose husband Shawn is a retired Calgary firefighter is participating in her first ride.

She says all families know someone suffering from PTSD and believes breaking away the stigma around the illness is happening.

“We’re making progress, but we still have a long ways to go but we’re doing this by building community and by people joining us,” she said.