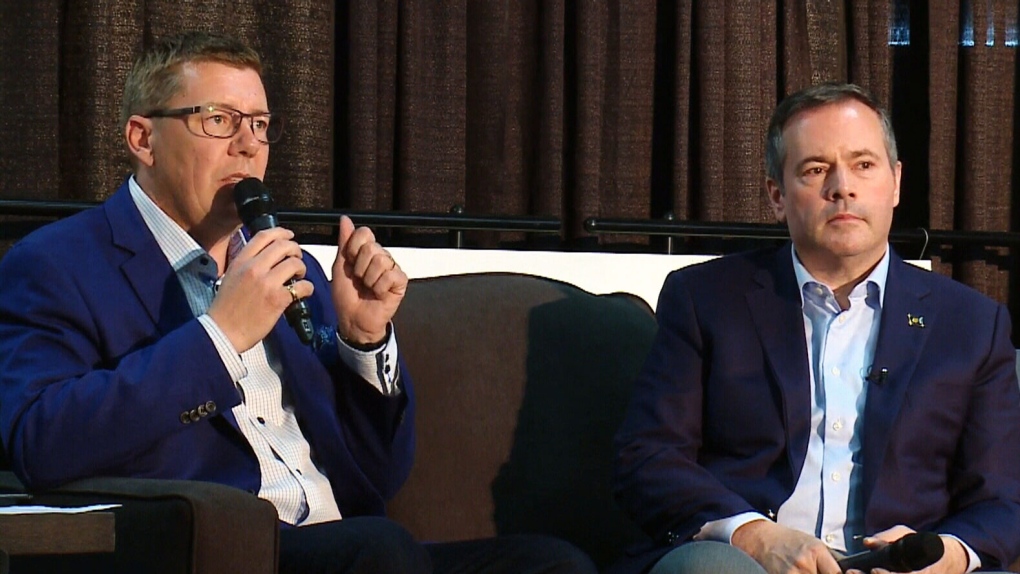 June 2019 photo of Premiers Scott Moe and Jason Kenney. The Buffalo Project is calling on the premiers to forge a new deal with the federal government.

CALGARY -- The provincial governments of Alberta and Saskatchewan are being encouraged by dozens of high-profile citizens to take immediate action to increase the autonomy of both provinces within Canada.

In an open letter dated July 15, members of the Buffalo Project called on premiers Jason Kenney and Scott Moe to forge a deal with the federal government that would give both provinces greater control over their own affairs.

The group highlighted immigration, trade, transportation corridors and taxation as areas where the two provinces should increase control.

The signatures on the open letter include those of business and political leaders.

According to the group, there is a "large and growing appetite amongst voters in the two provinces for such actions."

"Alberta and Saskatchewan are the envy of the world," said the group in its open letter. "We need to act decisively now to keep it that way."