CALGARY -- Wednesday is Pink Shirt Day in which Canadians are encouraged to wear a pink shirt or something pink and take a stand against bullying.

The movement first started in Nova Scotia back in 2007 when two high school students organized a protest and wear pink in support of a male student who was bullied for wearing a pink shirt.

Despite the event growing into a nationwide movement, bullying still remains a problem, particularly for vulnerable or racialized Canadians.

“I was talking to my friends, and then this guy was like, calling me a monkey, who was like on him. It actually hurt pretty badly,” said Lasu.

“It makes me feel sad that people are making fun of the way I am. And I can't control the way I was made. I can't do anything about my skin, and others the way I was created.” 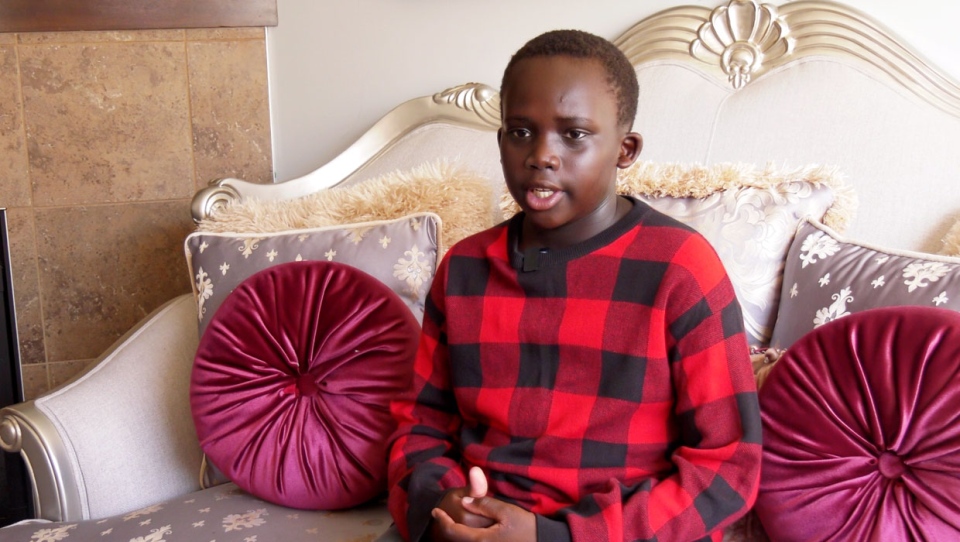 Lasu reported the incidents to his school and says the offenders were disciplined, but were soon back in his class, and continuing the bullying.

“The last thing that happened was on Monday. The principal called me and said, ‘I don't even know what to do anymore,’”said Rose Lasu, James’ mother. “We need to let the people know these things because these things hurt. We don't want it to be repeated. It doesn't hurt only for a child, but for the family too. It's not acceptable.”

Calgary police Const. Tad Milmine is founder and president of “Bullying Ends Here”. He created the charity in 2011 after Jamie Hurley, an openly gay 15-year-old figure skater took his own life after being relentlessly bullied.

Milmine sees it as a major societal problem, he senses it is getting better as awareness grows through events like Pink Shirt Day. 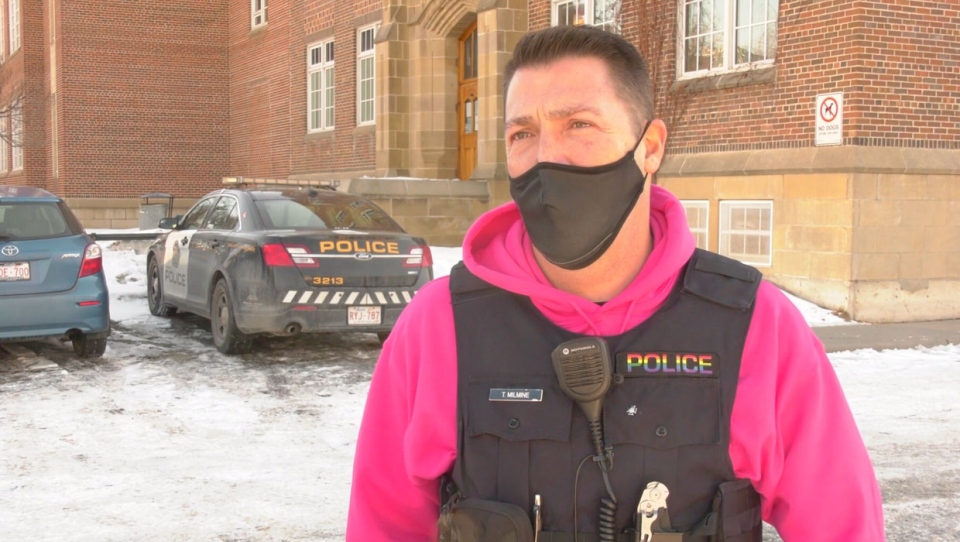 “From what I'm hearing from youth in schools. And I mean, I travel all around the world talking to youth, that it does sound like like we're going the right direction, we have a lot of work to do, of course,” said Milmine.

“But I think on days like today, with Pink Shirt Day, we continue that conversation of letting people know it's inappropriate, it's wrong, and we need to make sure we're working not just with the victim, but also the offender, because if if there's a bullying behaviour that's taking place something is wrongin that young person's life as well.”

Milmine believes the amount of bullying has not increased in the last decade, but has become noticeable as it transitioned from the schoolyard to social media.

He says events like Pink Shirt Day are key to sparking conversations about recognizing and preventing bullying.

"Whether it's having discussions in a school, whether it's the families at home, whether it's the news– we all have a role to play,” said Milmine. “We're going to have to recognize what bullying is, to be able to put an end to it when it starts instead of waiting too long(and) when we start having the effects of mental illness come into play as well.”

At just 10 years old, Lasu has already faced more than a lifetime’s share of bullying. He says he’s not angry, just sad that people act that way and has a simple message for his bullies.

“I would tell them not to judge someone based on their skin color or the way they act, and they should act more mature and get to know the person before jumping to conclusions and start being mean and saying rude stuff.”

If you or someone you know is facing bullying, the Bullying Helpline can be reached by calling 1-888-456-2323, or going to the bullying supports website.