KANANASKIS, ALTA. -- With crowds of people at every trailhead this summer, Kananaskis Public Safety has been scrambling with a surge in calls for help.

The teams are responding to between four and seven calls a day and are up roughly 30 per cent over a normal year.

While some calls have involved experienced users in higher risk activities, many of the calls are for inexperienced mountain travellers getting into preventable trouble say public safety specialists.

"Most of our calls happen in the afternoon when people are coming down," says Matt Mueller, an ACMG mountain guide and eight-year veteran with Kananaskis Public Safety. "So what we think happens is, on the way up, everyone is just focussed on the goal – on the summit or whatever the case may be. They forget simple things."

He says getting off route on the descent from a mountain scramble or taking an unknown route on the hike home gets people into a lot of trouble.

"Coming up, make mental notes – like a mental bread crumb trail if you will – of where you want to go and how you've gotten where you are," says Mueller.

The East End of Rundle near Canmore is a popular scramble that draws dozens of visitors every day. But some lower sections of the trail can be braided and several false trails veer off the main ridge, which is the correct route. 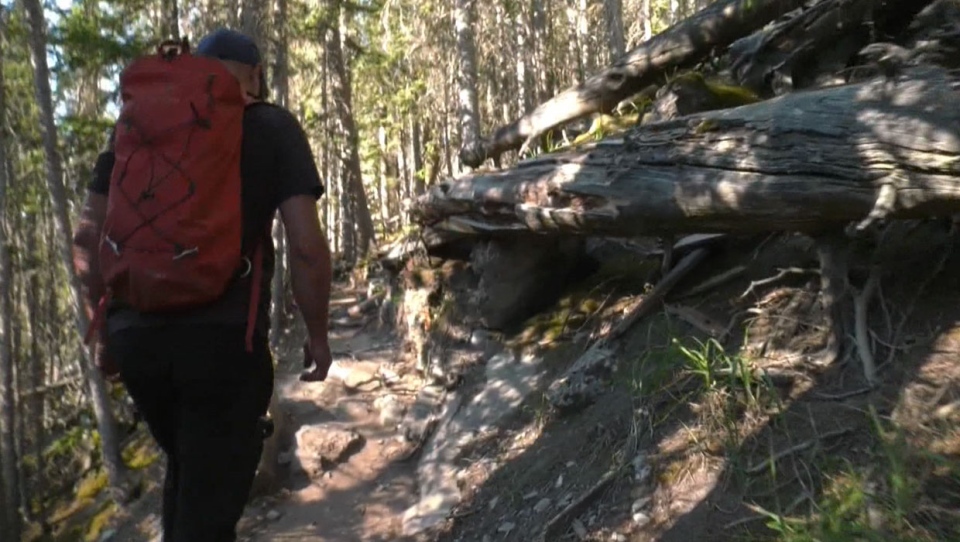 Some of those take the unsuspecting hiker into a bad place.

"The top of a 200 or 300 foot (60 to 90 metre) cliff. It peters out – it becomes ledgey and broken but still travelable. Then, all of a sudden, there's literally just a sheer drop," he says, adding that mistake alone accounts for two or three calls a year.

Along with paying close attention to the route on the way up and carefully retracing your path on the way home, many problems can be helped with a few basic habits and items in your pack.

Always leave a detailed trip plan, including where you plan to park, how long you expect to take and any possible side trips or secondary objectives.

In the Rockies, every person should have a light shell jacket, plenty of water as well as at least enough food to fuel the planned excursion. You should also include a basic first aid kit, headlamp, fire starter and consider an emergency blanket or disposable bivi sack which cost as little as $15 and can make a big difference if someone is hurt and the day turns into night.

Recent grizzly bear population surveys show Kananaskis Country is very close to its carrying capacity. That means grizzly bears can be encountered just about anywhere, so you should carry bear spray on your hip, make noise and stay alert.