CALGARY -- Alberta’s mountain destinations are preparing for a big turnout this Labour Day long weekend and Parks Canada is encouraging visitors to plan ahead.

Traffic is expected to be busy along the highways as Albertans and tourists from other provinces head to the mountains and parking at trailheads in the parks could prove difficult.

Visitors are being told to prepare a backup plan in the event that they encounter overflowing parking lots or large crowds that make it difficult to maintain physical distance. 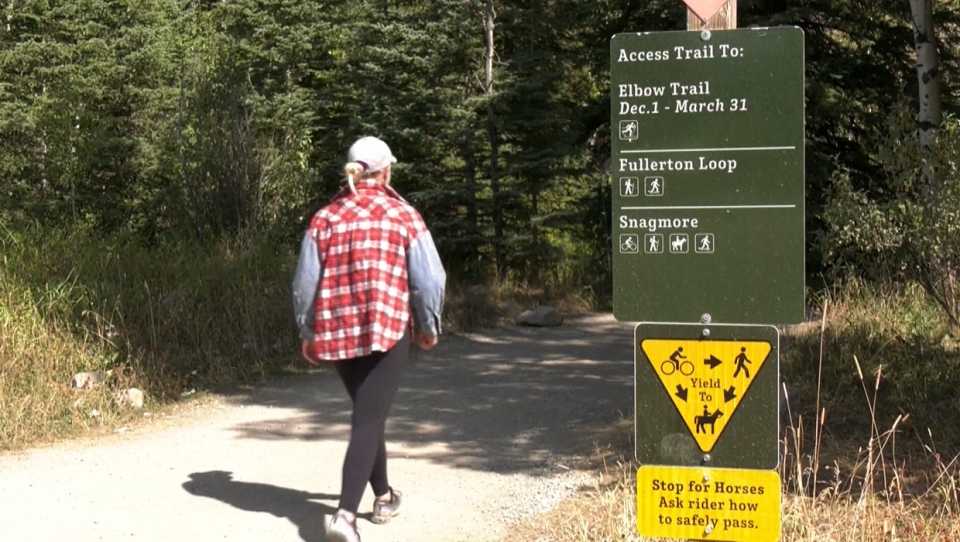 The expected influx of visitors is good news for Banff and Canmore businesses that typically rely on more than half of their tourism dollars coming from the United States.

With the Canada - U.S. border closed until at least Sept. 21, Banff Mayor Karen Sorenson says her town is relying on Canadians to explore their own backyard.

"Our businesses have done OK which is perhaps in this case as good as expected," Sorenson said.

"We just don’t know that the fall or winter looks like so we are definitely standing by local companies, but what we do know is that experiences in the Town of Banff is what people are looking for with a place to get away into wide-open spaces and nature."

Banff is in need of a boost to its economy as hotel occupancy was only about 22 per cent in June and July wasn’t much better coming in at 46 per cent.

The town’s pedestrian walkway project on Banff Avenue — where a section of the road was closed to traffic — has proven popular, but there have been fewer visitors arriving in town as vehicle traffic is at about 75 to 80 per cent of a typical busy summer season.

Sorenson says the walkway will close within the next week or so, but encourages visitors to continue shopping and enjoying the sites. 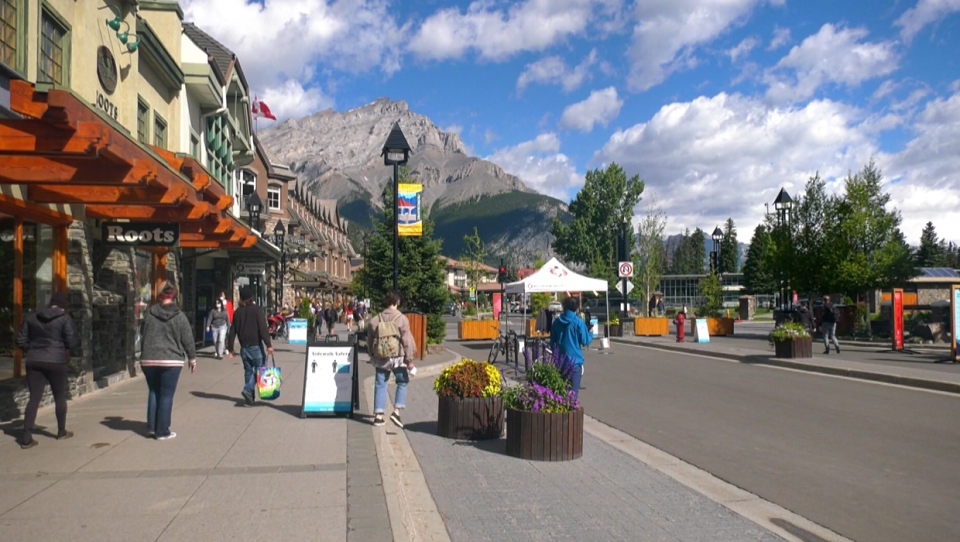 She reminds visitors that the town’s mask bylaw is still in effect for indoor and outdoor public spaces.

"Please wear a mask, please social distance," she said. "We have had a huge compliance on our mask bylaw and from my perspective, the majority of people are wearing one and feel comfortable doing it so we’ve really appreciated that."

Influx of garbage left behind at Alberta parks

With thousands upon thousands of people continuing to visit Alberta’s parks and public lands, officials has noticed an influx of garbage left behind and is reminding people to clean up.

Environment Minister Jason Nixon says garbage and illegal parking have been major issues at some popular areas. As a result, the province has stepped up education, monitoring and enforcement activities on provincial crown lands following a ministerial order on July 31.

"We thank conservation officers, and all of the staff and partners for their hard work. We have seen improved behaviours in some areas."

The province says Albertans can expect tickets for parking in non-designated spots at overcrowded lots as improperly vehicles may block access for emergency crews. If a park is at capacity, Alberta Parks says people should find a different location to enjoy or come back for a visit at a later date.

Mayor Sorenson adds that the trash can attract wildlife, which is concerning especially at this time of year in her town.

"It is rutting season in Banff for our elk so please be careful around wildlife," she said.

"Please know that the male elk are very busy trying to create a next generation and they don’t take kindly to tourists being too close and that’s a rule at any given time but we do ask people to be very cautious around the elk population."

Alberta RCMP will be out in full force this Labour Day long weekend in an effort to keep drivers and pedestrians safe.

According to a new 2020 road survey from Desjardins, long weekends are notorious for crashes and fatal collisions on Alberta's roads and highways.

Despite increased fines, dangerous behaviours including distracted driving are on the rise.

Results of the survey show:

The fine for distracted driving in Alberta is currently $300 and three demerit points.

Visitors hoping to take in Waterton Lakes National Park this weekend will have to be mindful of a fire ban that has been issued due to extreme fire danger.

Parks Canada says lighting or maintaining wood or briquette fires is strictly prohibited in most locations in the park.

The fire ban applies to nearly all of Waterton Lakes National Park including all backcountry campgrounds. The exceptions are designated wood stoves provided by Parks Canada in select day use areas as well as residential fire rings within the townsite.

Visitors are asked to report wildfires, suspicious smoke or illegal campsites to Parks Canada Dispatch at 1-888-927-3367.