'Calgarians are better than this': Hunting auction still draws protesters

CALGARY -- A controversial elephant tag wasn’t on the table, but that didn’t mean a local hunting auction was spared protests Saturday night in Calgary.

About a hundred animal advocates held signs and chanted outside a hunting expo and gala at the Westin Calgary Airport hotel.

The gala drew attention this week after critics claimed a listed auction item — an elephant hunt in Botswana — was inhumane. 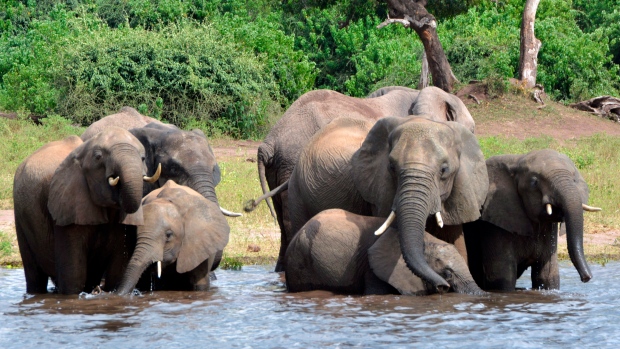 The item was pulled Friday night after being sold to a private buyer, but protesters still say the event is unfair to animals.

“Humanity is a lot better than with coming up with killing innocent beings to raise money,” Hofer said. “We have a problem anytime animals are looked at as commodities.”

The gala and auction were hosted by the Calgary chapter of the Safari International Club (SCI), a group of local hunting enthusiasts who say they’re pro-education and conservation.

”They’re welcome to their reaction but it’s based on a lack of knowledge,” Little told CTV News. 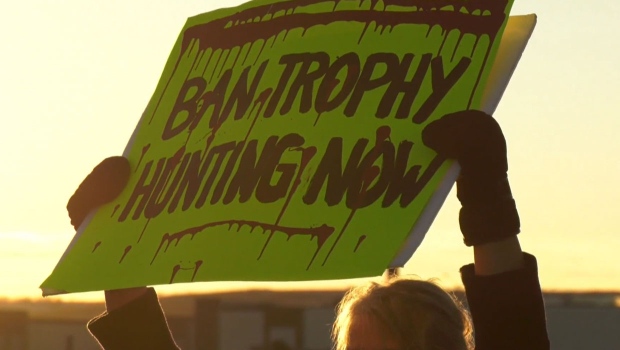 “(For them) to be screaming at the moon like a berserk person … that’s what it is, because their sentences make no sense to us who know what’s going on.”

The SCI says most of its hunting is based on population control — and all approved by countries like Botswana.

“This is neocolonialism: rich, white nations trying to dictate to black Africa how to run their affairs.”

Little says the protests won’t slow down his group, who plan to have another safari up for grabs next year.

The protesters also say they’ll be back.

“Calgarians are better than this and to allow this kind of thing inside of our city,” Hofer said. “Our hope here is that people who haven’t thought about this stuff before will think about it.”