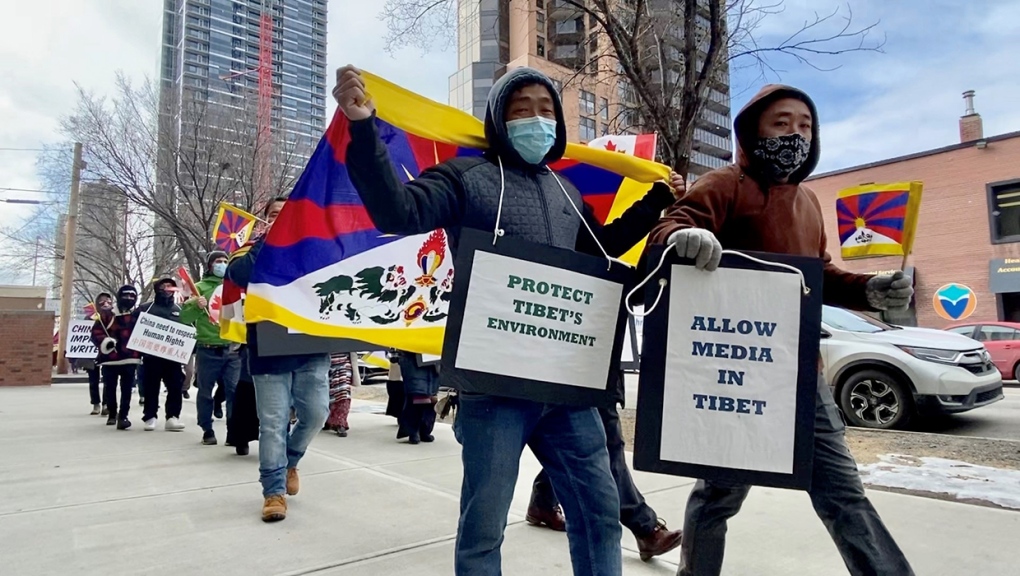 CALGARY --  At least 100 Calgarians marched from city hall to the Chinese consulate on Monday to protest against the Chinese occupation of Tibet.

A date globally recognized as Tibetan Uprising Day, March 10 marks 62 years of Chinese rule in Tibet; a vast and mountainous region in northwest China.  The movement was triggered by the Chinese occupation of Tibetan lands March 10, 1959.  The occupation led to the flight of 150,000 Tibetans, along with the 14th Dalai Lama — their spiritual leader — and subsequent establishment of a Tibetan government-in-exile in Dharamshala, India.

Despite enduring over six decades of occupation, local organizer Tsering Chophell said Tibetans have not received enough aid and recognition from Western governments.  "Western countries are built on values of freedom, liberty and democracy, and this is a time Tibetans need the international community to make a stand against China," said Chopell.

"People in places like Tibet, Uyghur and Hong Kong are trying to express their freedoms and are being suppressed.  This is not right," added Chophell. 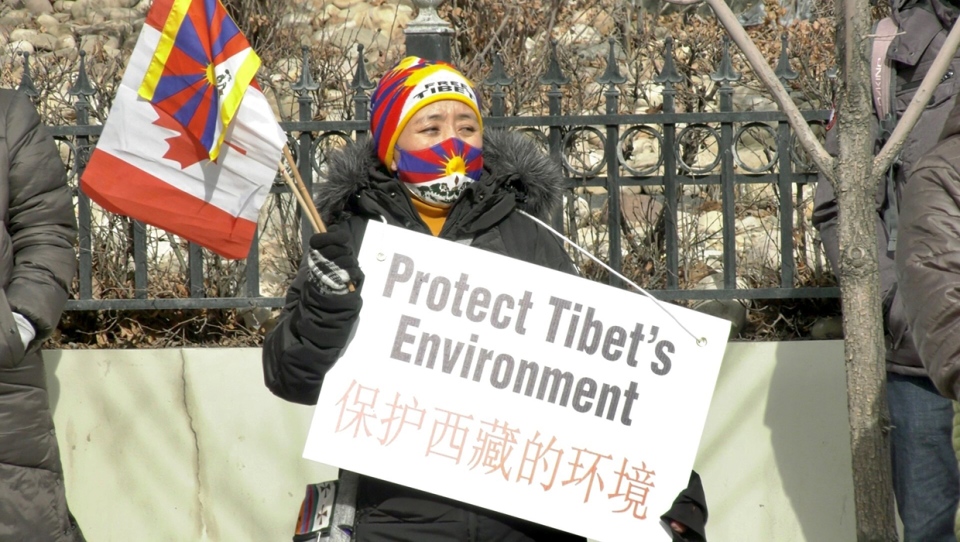 Ken Tang, a member of the New Hong Kong Cultural Club, joined the march through several blocks to the Chinese consulate. Tang said Canadians can help Tibetans through a political framework. "We need to put our words and efforts into actions, and urge our policy-makers to have constructive sanctions and punishments against the Chinese Communist Party (CCP)."

"The influence of the CCP is nothing new, it's time the world acknowledge what is happening in Tibet," added Tang.

As of 2014, there are six million Tibetans who remain in Tibet as well as the Chinese provinces of Gansu, Qinghai, Sichuan and Yunnan.  After marching through downtown, supporters protested in front of the Chinese consulate for several hours.