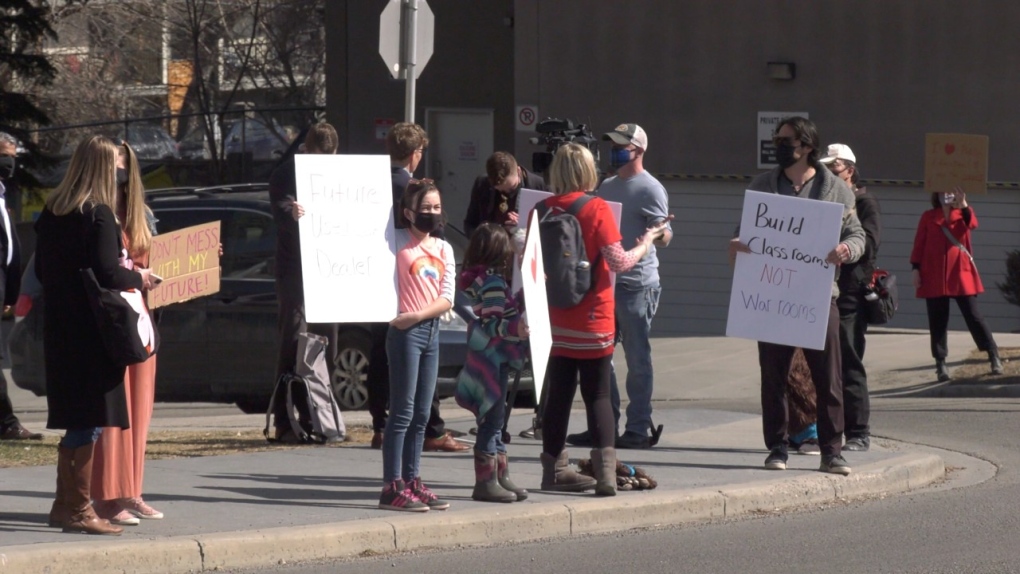 CALGARY -- A protest was held Tuesday outside of Calgary-Currie MLA Nicholas Milliken’s office to voice objections to the new K-6 curriculum draft recently released by the provincial government.

The frustration of the participants was palpable.

"Yes, I’m very angry, that’s why I’m here," explained protest organizer Liz Buchanan. "I want to spread awareness about what's happening and I want everybody to leave here today just as angry as they are now and to complete further action."

Krista Li, a parent of two elementary school- aged children, is appalled at the new curriculum.

"I honestly hope that we can get through to our MLAs," said Li. "If there is fear (let it be) that the UCP fear parents. We are not willing to stand by and have a government play with the futures of our children."

Joining the protest were members of the NDP.

Janis Irwin, Edmonton-Highlands-Norwood MLA, says protests like these are important messages to send to government.

"We’re here today to protest the UCP's archaic curriculum. You can see from the crowd here today in Calgary, Albertans are fired up."

Irwin, who is also a former social studies and curriculum writer, said that the new curriculum is not age appropriate.

"Along with all the incredible archaic aspects of the curriculum, it's not developmentally appropriate," said Irwin. "One thing we’ve heard from a lot of folks is that they are concerned about the fact that it ignores the recommendations of the truth and reconciliation commission."

When asked about the anger of Calgarians and Albertans regarding the curriculum, Irwin says they have every right to be and that "the UCP had an opportunity to get things right and they didn't."

For more information on the K-6 draft curriculum visit Government of Alberta: Curriculum