CALGARY -- Approximately 200 people in Calgary gathered at the Peace Bridge Saturday for a protest against police brutality in Nigeria.

“We can’t take this anymore, we’re tired of what’s happening, they’ve been doing this for a very long time,” said Choox Emmanuel, one of the protesters.

The group is protesting the Special Anti-Robbery Squad, known as SARS, which was set up to combat armed robbery.

Its members have been implicated in several cases of human rights abuses including extra-judicial killings.

“Help us,” said protester Dami Lola. “Nigeria is on fire, Nigeria is in flames – help us.” 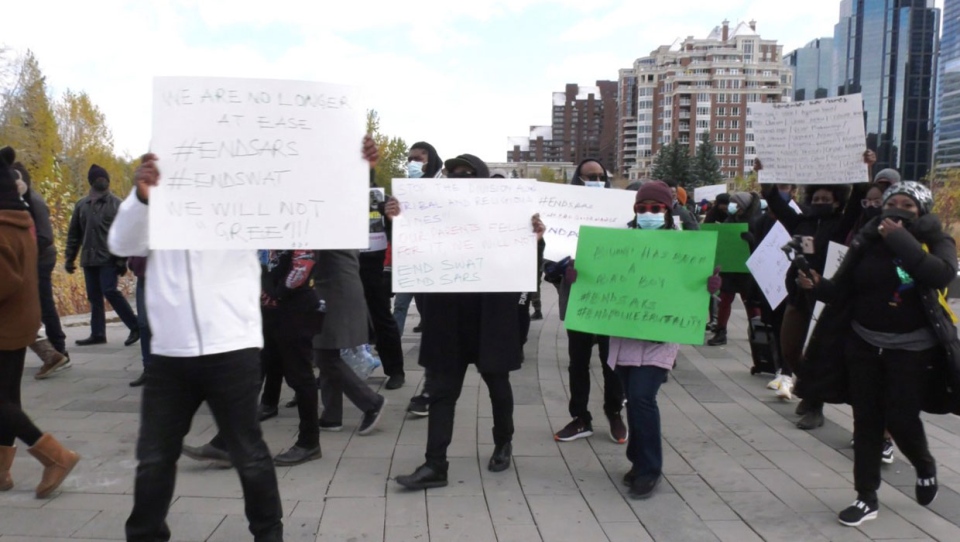 Nigeria's police have said it will investigate allegations of abuses involving SARS officers, but demonstrators are calling for reforms across the country's entire police system.

Chris Omofoma was visiting his family in Nigeria last year. He said he was pulled over by the SARS unit during his trip.

“They actually stopped my vehicle, they insisted I had stolen the vehicle in Nigeria, ‘I said no, I brought it down from Canada,’” he said.

“It’s a sad experience, because there’s lots of people that experience worse than that.”

At least 13 people have died during protests in Nigeria that have involved hundreds of thousands of people for several weeks.

“We have to demand, we are demanding for better governance,” said Emmanuel. “We are tired.” 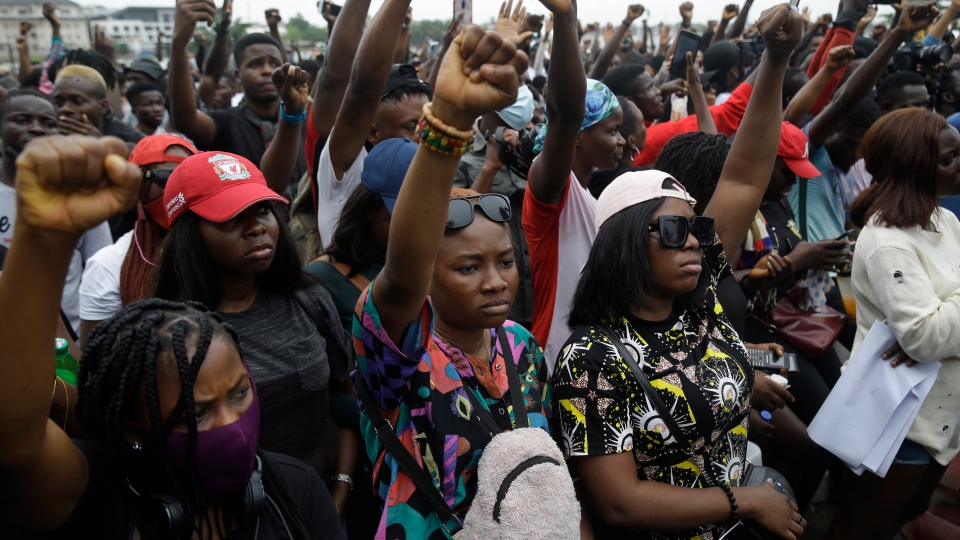 Protesters say while they are not on the ground in Nigeria, they support their families in their home country.