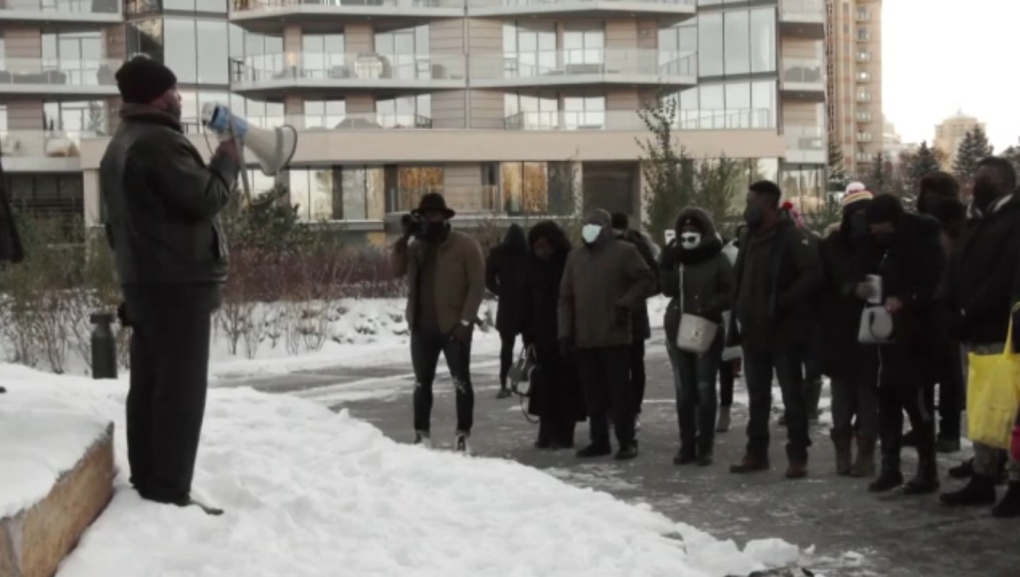 Calgary's Nigerian population gathered on Sunday to protest violence in their home country.

CALGARY -- Calgary’s Nigerian population gathered downtown on Sunday to protest the actions of police in their homeland.

Nigeria’s Special Anti-Robbery Squad, or SARS is accused of brutality and corruption, and has been for decades.

The government vowed to dismantle the force but hasn't yet.

Several people protesting the squad were shot by soldiers in Lagos last week.

Protestors in Canada are demanding that anyone arrested by SARS officers in recent weeks be released and that SARS officers be investigated.

A similar demonstration was held in Edmonton on Saturday.