Danielle Lalonde says she was walking on a forested path beside the tracks on Tuesday to access the Paskapoo Slopes trails when she was stopped by a CP Rail constable.

"He waved me over and issued me a $600 ticket," said Lalonde, who routinely walks in that area. "I was blown away. I had no awareness of this law and I hadn’t seen any signage to this effect on what is a really popular trail."

"Not a single person I’ve spoken with is aware of this law, so I think it’s really important to inform Calgarians of the stiff consequences and I would question whether funding would be better spent on clearer signage."

According to the Petty Trespass Act, pedestrians or cyclists are not allowed to enter onto private land, which includes the areas adjacent to train tracks.

Signage is displayed adjacent to both sides of the train tracks located near Edworthy Park’s south parking lot, but many park visitors say the text is too small to read and there is no mention of a $600 fine. 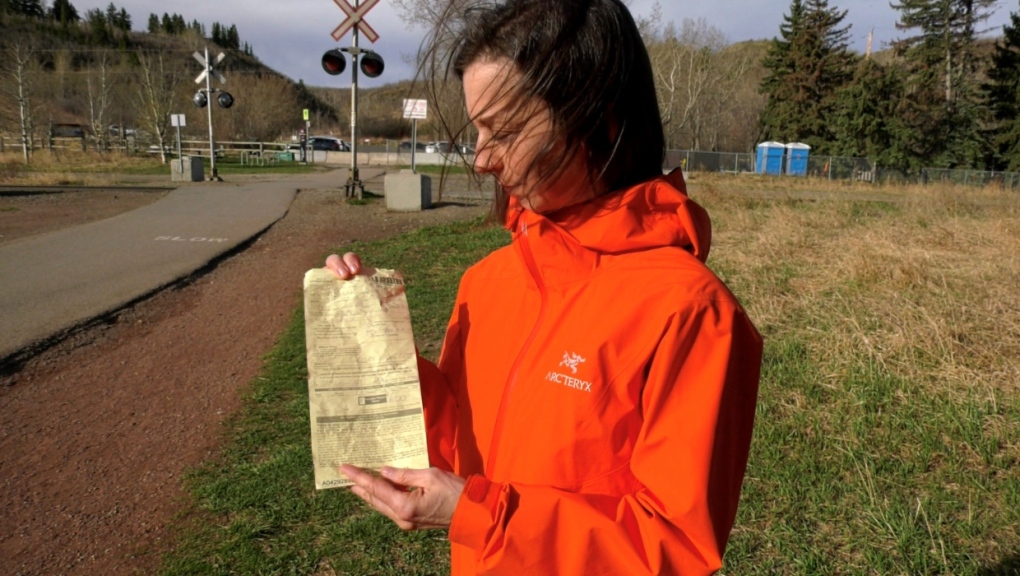 Danielle Lalonde looks at her $600 tresspassing ticket.Angie Kealey was lucky enough to not receive a ticket, but says she regularly walks along the trail adjacent to the train tracks in Edworthy Park.

She says there needs to be a better indication of where people are allowed to walk.

"There's nothing to tell people whether this is a public road or a private road or who it belongs to. It's confusing because there's a house on this side and people have to be able to get to that house. It's not clear that you can't walk there."

CP Rail confirmed to CTV News that it has increased its patrols around the Edworthy Park train tracks ever since a jogger was tragically hit and killed on the afternoon of April 17.

The jogger was wearing earbuds while running on the tracks and declared dead on scene.

Sgt. Robin Peoples with Canadian Pacific Railway Police says the $600 fine for trespassing is set through Transport Canada in conjunction with the province under the Petty Trespassing Act.

The fines for trespassing have increased from $187 a couple of years ago, before doubling to $300 and then increasing once again in 2021 to $600.

"This kind of fine will get your attention," said Peoples.

"It’s disappointing because I do think there's good signage here. I think that we've tried to get the word out that this is private CP Rail property, and it is a dangerous area for the public to be walking or doing anything along the right of way." 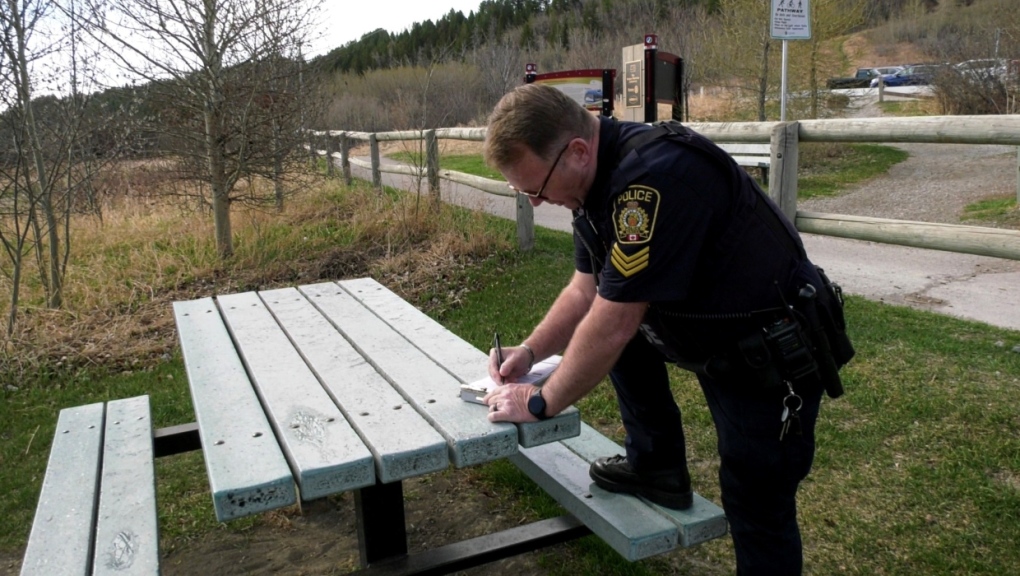 Sgt. Robin Peoples with Canadian Pacific Railway Police writes a ticket. When asked about the small text on the signs and the lack any information indicating a $600 fine, Peoples said his team has been increasing enforcement and education in the area since last fall.

There are no plans in place to make signage bigger at the moment. Police say they always aim to take an education approach first, but that hasn’t been working to dissuade people from trespassing.

"We do have larger signs and other locations but it doesn't seem to have an impact. We made sure that there were 'no trespassing' signs erected all through the area and all through the park here, so that the public could be aware," he said.

"If you’re crossing the tracks, anything can happen. You might not be able to get off the track in time if a train is coming, and there are times when you're not going to hear them if you’re not paying attention, you may not even feel the vibration from them." 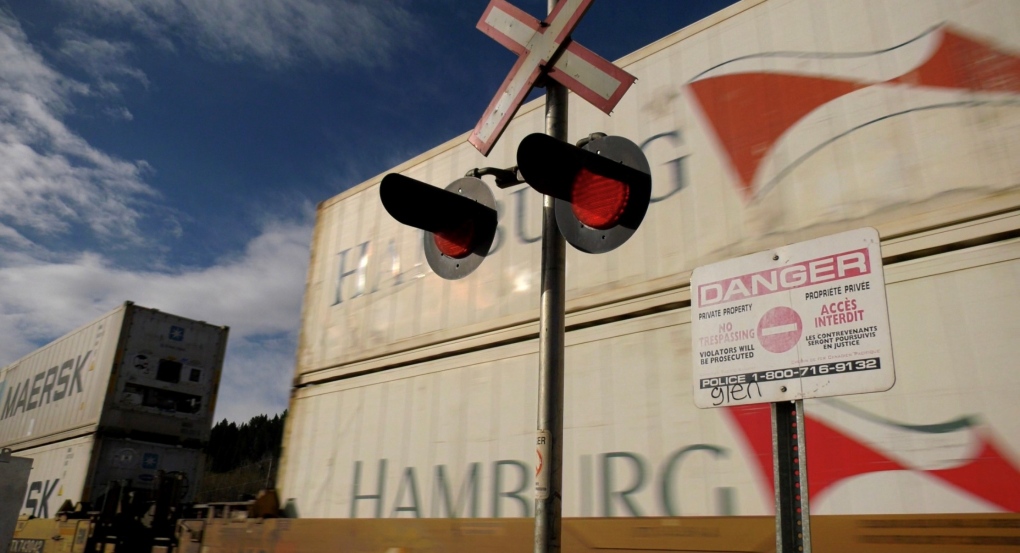 The railway crossing area at Edworthy Park near the south side of the parking lot.CP Rail police say they will continue to patrol and monitor the Edworthy Park area along with several other train crossing across the city and in rural locations.

Anyone with questions or concerns is asked to contact CP Rail police or speak to patrolling officers.