CALGARY -- Calgarians are mourning the loss of a pioneer in the music industry.

Mike Bezzeg died last Tuesday in a car crash on Sarcee Trail. The 66-year-old was driving home after delivering food to a friend in isolation.

Bezzeg is credited as being Canada’s first video jockey (VJ).

After the show was cancelled, Bezzeg continued in the music community, working as a band manager and music producer.

In fall of 2019, Bezzeg returned to the screen, this time online, as the host of a 10-episode YouTube series titled InnerView which saw him interviewing local artists, producers, and celebrities.

"Every time I saw him, he was giving me something and I've learned that that was the case with everyone," Veitch says. "It could be records, it could be banana bread that his wife baked, he always wanted to give to people. He really cared what people wanted, what they needed and he tried to really deliver it to them."

"Mike opened my ears to music that I had never heard before. And really, more than whetted my appetite made me a voracious music consumer," he says. "The opportunity to turn that into a career, to say, 'Hey, you can actually work a little bit outside of the mainstream and promote this music,' was something that really interested me. He was a huge influence on me and I know he had a huge influence on others." 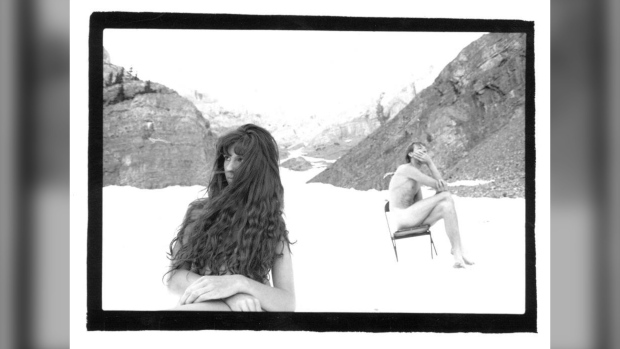 "When I look at what Mike did on FM Moving Pictures, and then I look at what I see with my friends in the Calgary music community today, I think maybe 10 to 20 per cent of us started bands right off that show," says Wardle. "The music inspired us so much that there's so many bands out there, and they trace some influence back to Mike and what he did."

"You’ve got to remember Calgary around those times. There was no alternative radio really going on that people could find," says Wardle. "Yet you find on these ghostly airwaves on channel 10, these music videos of band you’ve never heard of."

Calgary Mayor Nenshi remembers Bezzeg sending him a package of "fancy ties and a nice hand-written note" during his first Christmas as mayor.

Following that, the two kept in touch. Nenshi said when he heard Bezzeg had died, he made a point of putting on one of those ties he’d received years ago as a show of respect.

Condolences for Bezzeg have been pouring in on the InnerView Facebook page.

Bezzeg’s family says the outpouring of affection has been overwhelming.

In a post on the site, Mike’s brother Thom Bezzeg wrote:

"The comments we’ve received, and those posted on social media, have provided all of us comfort during this most difficult time. It is a reminder of how special Mike was, and how deeply he was loved by people who knew, as well as countless more people whose lives he touched during his time on this Earth."

Bezzeg is survived by his wife, Odette, and two children, Aja and Christian.