Calgarians remember the victim of the Holodomor 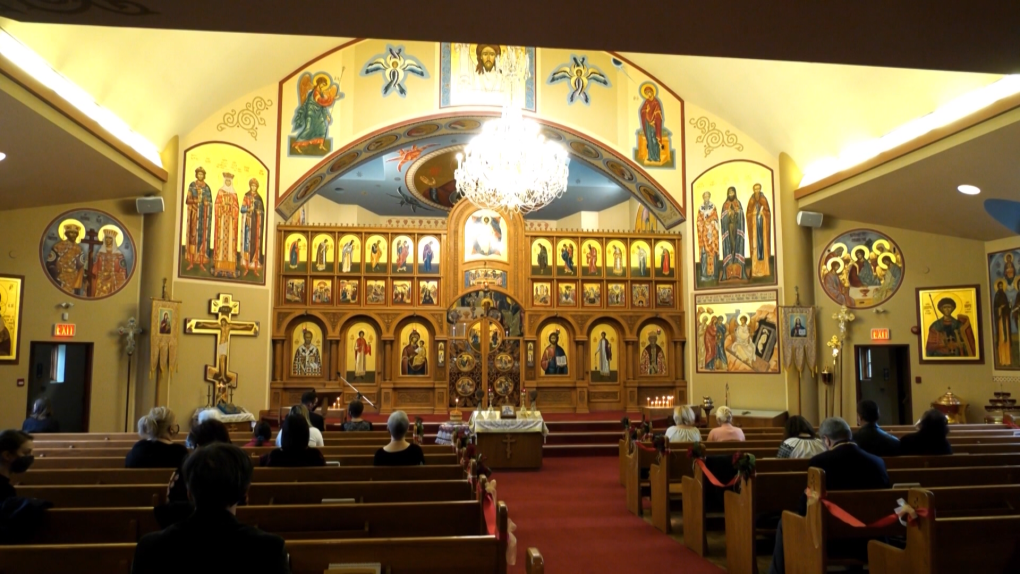 Church service to honour the victims of the Holodomor.
CALGARY -

A service was held Saturday at St. Vladimir’s Ukrainian Orthodox Church to remember and honour the victims of the Holodomor.

The Holodomor, meaning to inflict death by starvation, was a famine-genocide in Ukraine in the 1930s

“So many of our families were impacted by this, and it’s really important to remember so that we don’t become ignorant to disinformation and misinformation, which is so widespread around the world today,” said Alexander Iwasyk, the president of the Ukrainian Students Society at the University of Calgary.

The number of Ukrainians killed in the Holodomor is “debated,” according to Iwasyk, but it’s believed between three and 12 million died. It happened when Ukraine was part of the Soviet Union under Joseph Stalin’s regime.

“Commonly what’s believed is that Stalin’s collectivization policy during the 1930s is what led to widespread famine and death in Ukraine,” said Iwasyk.

“This was the deliberate destruction of Ukrainian identity.”

The fourth Saturday in November is the day Ukrainian communities around the world remember the victims of the Holodomor.

“This is a really big aspect of our Ukrainian identity, it shapes us, it brought us together and withstanding the Soviet regime for almost 90 years to bring this story to light, to talk about the oppression against our people is really important,” said Iwasyk.