Calgarians soak up sunshine on the first weekend of summer

CALGARY -- With travel limited because of the global pandemic, Calgarians are starting their summers at home.

Saturday marked the first day of summer, and with temperatures in the mid-20s, Calgarians were out biking, walking and running in city parks over the weekend.

"I think the biking is the only thing we can do now, for our great days," said Hans Ryu, who was out biking along the Bow River and Memorial Drive with his girlfriend. 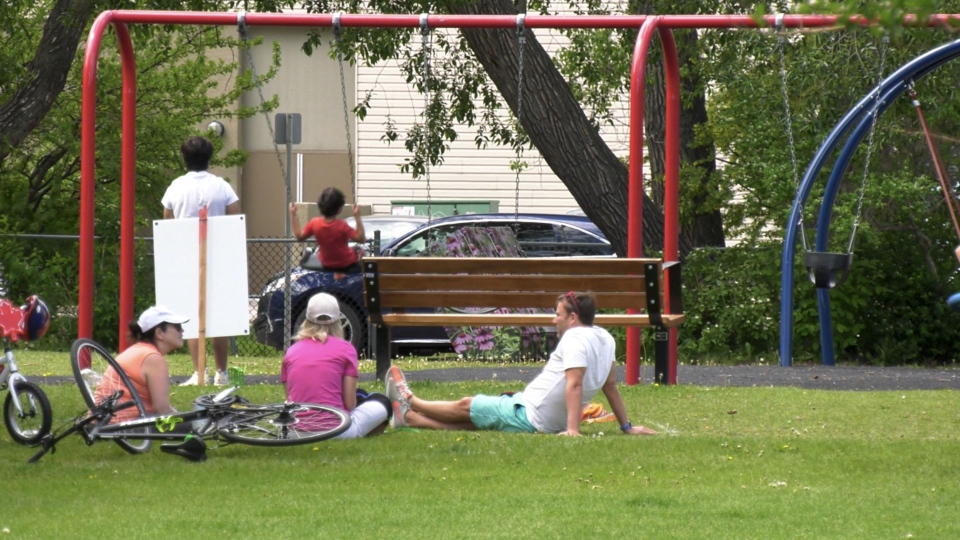 The city closed parts of Memorial Drive east to accommodate more pedestrians and cyclists, in the age of physical distancing.

Ward 7 councillor Druh Farrell, says the city is looking at how well the program worked, and will monitor it throughout the summer.

She says it's been hard to track usage due to numerous disruptions, including the Sunnyside flood mitigation projects.

"(The) cool thing, COVID has taught us is that streets can (and) should be more flexible," said Farrell.

The Waites are split on its use.

"The existing path on this side of the river is fantastic," said Riley Waite, who was out walking his dog.

"It’s used by lots so I’ve never had the urge to walk down Memorial Drive."

Meanwhile, his wife Karen says she supports the road closure.

"It's great to have that multi-use and support people to walk more and ride their bikes is terrific," she said.

Many others were out with their families in local parks, soaking up the rays of sunshine.

"We figured we’d make the most of it," said one young dad. "Get out enjoy the sun while we can and since we’re stuck at home, you may as well enjoy some of the local parks."