Calgarians #StandWithUkraine for rally at the Peace Bridge 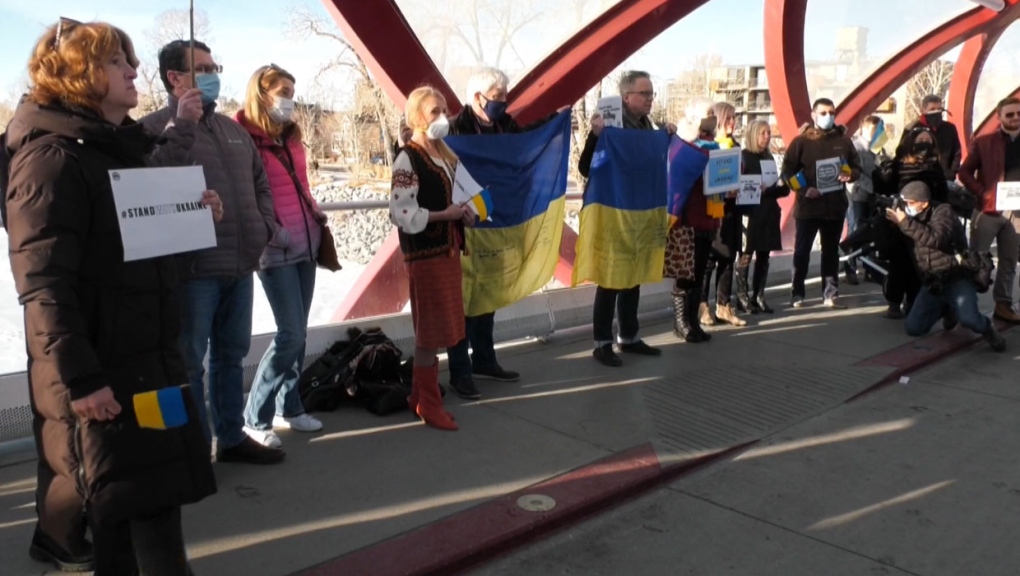 Many of the people who met at the Peace Bridge in Calgary for a rally in support of Ukraine still have family back in the country.

A rally of about 20 people met at the Peace Bridge in Calgary on Saturday, calling on community leaders to join them to help raise awareness of the critical situation facing the Ukrainian people.

The Stand With Ukraine movement, which is supported by the Ukrainian Canadian Congress (UCC), is calling on Canadians coast-to-coast to recognize the Ukrainian people's freedom and right to peace in their land.

"For eight years, the Ukrainian people have bravely defended their country against brutal Russian aggression, as Russia once again seeks to colonize Ukraine," the group said in a release.

One of the participants, Kathy Bohdan, says she is worried about her family members who are still in Ukraine and is concerned about Russia's intentions.

Others say the pressure at the border has been around for years so everyone is scared, especially those who lived through the Soviet era. 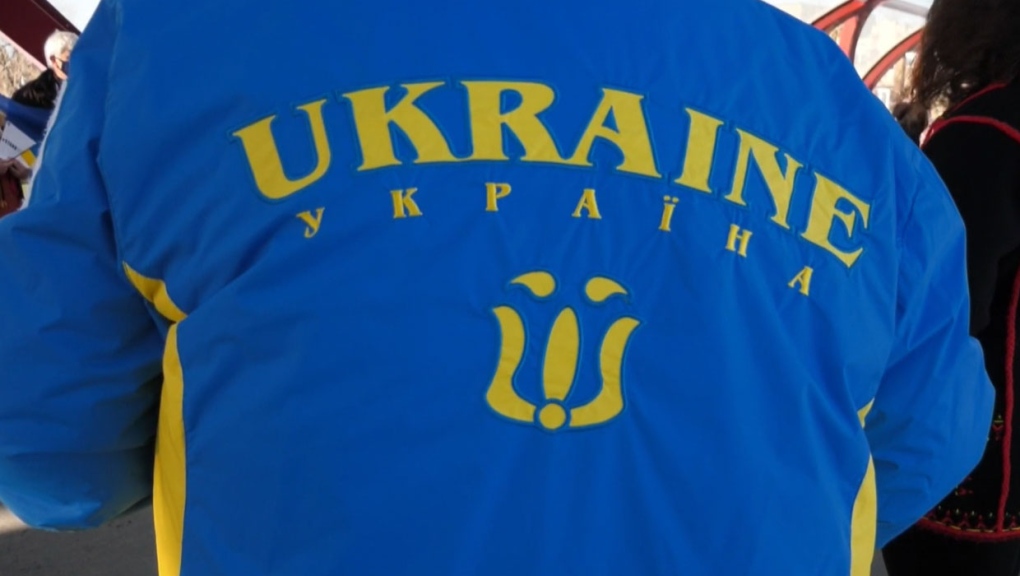 Tensions in Ukraine have increased over the past week as Moscow has massed tens of thousands of troops at the border, leading to fears of an invasion. The West has rejected Moscow's main demands – promises from NATO that Ukraine will never be added as a member, that no alliance weapons will be deployed near Russian borders, and that it will pull back its forces from Central and Eastern Europe.

Canada has already agreed to loan the Ukrainian government $120 million to help stabilize the country and has promised to look for more ways to help.

Prime Minister Justin Trudeau, answering questions from the media on Friday, wouldn't go into further details on the plans but said if Russian troops entered Ukraine, it would be "unacceptable" and "met with a clear response."

(With files from CTVNews.ca's Rachel Aiello and the Associated Press)