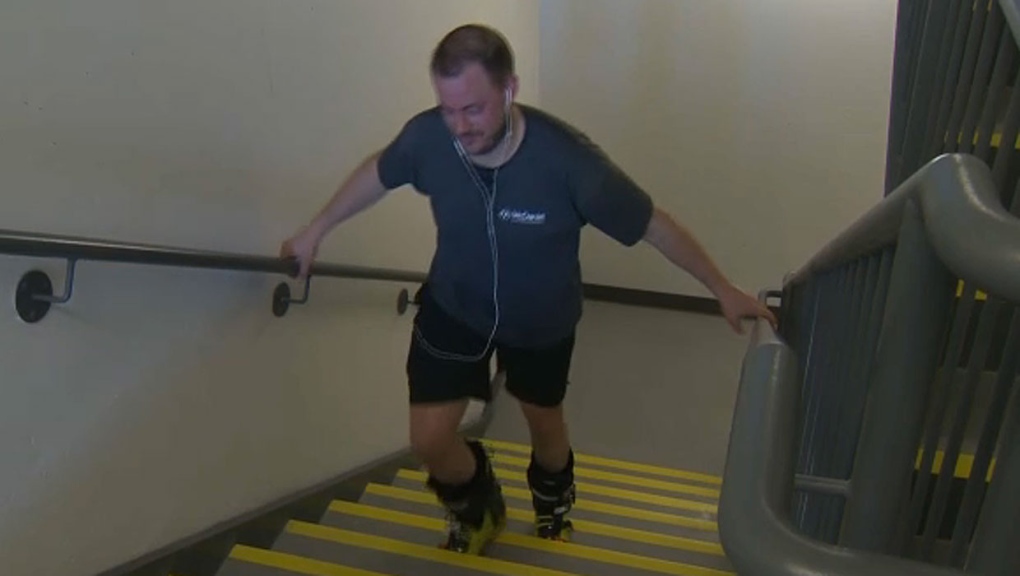 The 2019 Step-Up Calgary challenge involved 25 teams climbing the stairwells of office towers all in support of prostate cancer research.

A group of men and women were all up early on Sunday to take on the stairwells at five downtown office buildings all in support of some critical medical research.

Over two dozen teams took part in the sixth annual Calgary Step-Up Challenge, where climbers were able to scale the towers in one of two ways: ‘all-in’ or in a relay format.

He says that’s the equivalent of climbing the Eiffel Tower about two and a half times.

This year, the group was joined by Bret ‘The Hitman’ Hart, who went through his own battle with prostate cancer.

Mahl says Calgary sets the tone for the fundraiser every time.

“It is the marquee city for this event in the country and we host in Vancouver, Edmonton and Toronto. Whatever Calgarians are going through, they still find time to come out and support others.”

Last year’s Step-Up Challenge in Calgary raised $160,000 while the event has raised over $3M over the past five years, with participants in three other cities.