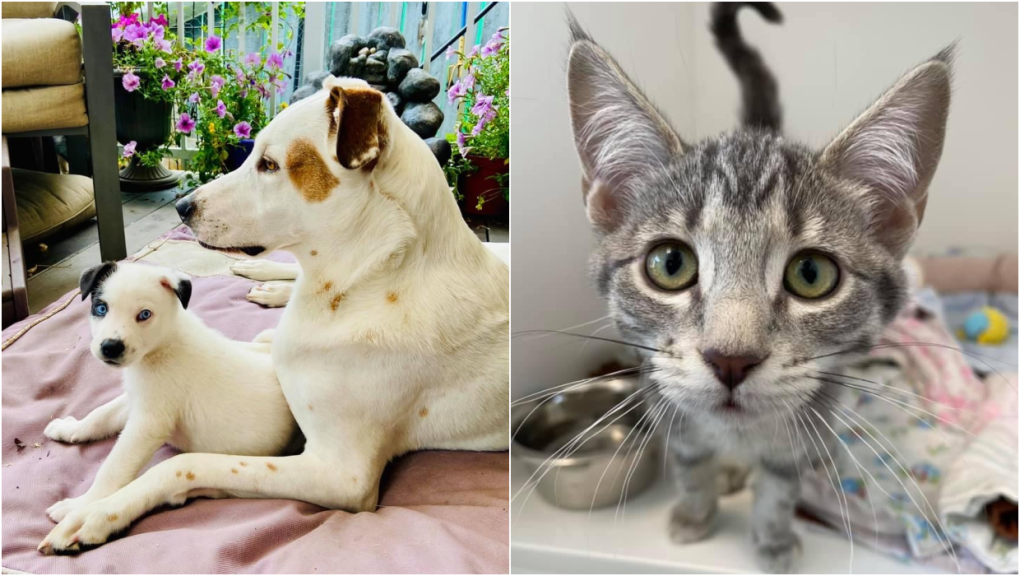 Some of the animals being cared for by the Alberta Animal Rescue Crew Society. (AARCS)
CALGARY -

A Calgary animal rescue society is hoping ticket sales for its cash lottery will pick up so it can continue helping the hundreds of animals in its care.

Unable to hold its annual Jail 'n Bail fundraiser this year because of COVID-19, the Alberta Animal Rescue Crew Society (AARCS) has again turned to a cash lottery to raise money.

The fall lottery was first introduced as a substitute for the event in 2020.

"It's a great way to raise funds because we haven't been able to do so many of our events," AARCS executive director Deanna Thompson said.

Thompson said ticket sales for the lottery are more than 40 per cent sold.

"We really hope to be able to sell out," she said, adding that in 2020 they sold out on the very last day.

"We were hoping with the early bird draw more people would be enticed to buy early which gets us one step closer to hopefully selling out."

The deadline for early bird tickets for AARCS is Sunday, Sept. 26.

Thompson said money raised from the lottery goes toward many things, but primarily it goes to the medical costs for the more than 600 animals in their care.

"Our number one expense is medical costs. The animals that come into our care – most of them are not spayed or neutered, they don't have their vaccines, many are injured."

Thompson said COVID-19 has presented a number of challenges to their organization.

"We work in a lot of remote communities so it has been a challenge to get our people out to be able to reach the animals in need."

She said at the beginning of the pandemic AARCS saw an increase in volunteers coming forward to foster animals.

"It was great to see people who had come forward and said 'hey I'm working from home now so I can foster.'

"And then when things opened up and summer hit those numbers really dropped."

Thompson said there were also many volunteers who couldn't come in due to medical issues or who just weren't comfortable doing it any more.

"We've just really had to be agile," she said. "Animal welfare needs don't stop during a human pandemic."

If you're interesting in volunteering or fostering animals with AARCS you can visit their website for more information.