Calgary barber Dami Lare Sulola began cutting hair by experimenting on his brother, now he’s an international haircutting celebrity.  With the handle @DocDami, Sulola commands a  Tik Tok following  of 3.6 million.  Fans of his haircuts have flown him to Los Angeles. Atlanta, and San Francisco to trim their locks. He’s preparing to head to Europe.

“I was really shocked the first time I had someone DM (direct message) me and said, ‘I'll pay you $1000 for a cut’, or ‘I'll fly you here’. I didn't believe it at first," said Sulola. "They'll pay high amounts for haircut and it seems insane to me, because I started with five dollars a haircut, then ten. Having some people pay such high amounts was like mind-boggling to me. I was like, there's no way. But then that actually happened!"

The 21-year-old still calls Calgary home, and despite reaching ‘influencer’ status on social media, still considers himself a barber first.

"I’m an artist, because I get to do both, you know, I feel like you could be the best at something, but if no one knows who you are, then, what’s the point? So social media and cutting hair, being a barber combined, gets everything to work," Sulola said.

As a teen in high school Sulola was teased and bullied for wanting to be a barber.

"They laughed at it. But now it's the other way around. It's like everyone's supporting it or trying to get in for a haircut, you know? It's crazy to see how that’s changing." 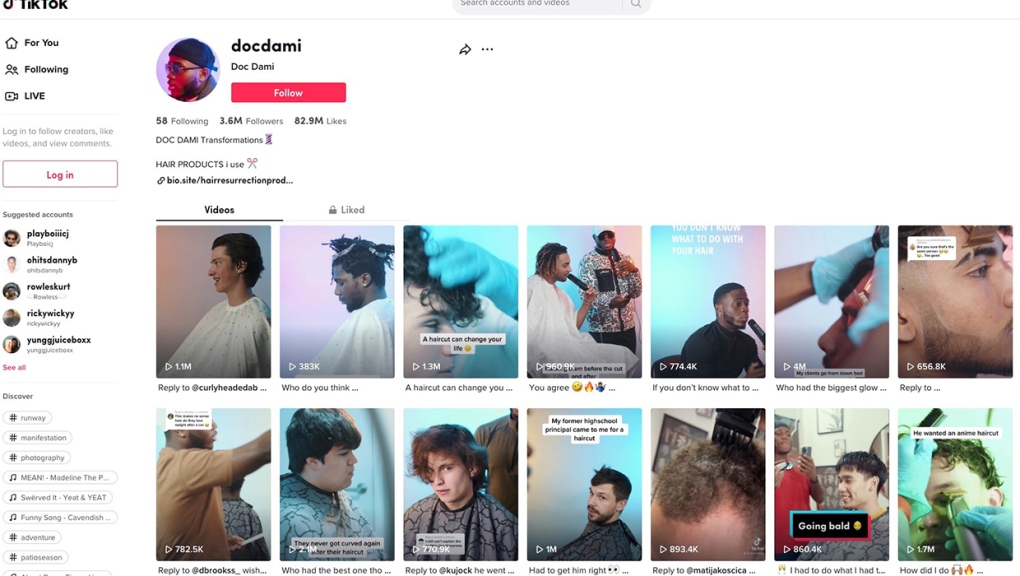 The 21-year-old still calls Calgary home, and despite reaching ‘influencer’ status on social media, he still considers himself a barber.

Now with his massive social media presence he aims to inspire others to follow their dreams.

“I would like to inspire as many people as I can. For me, I still can't process it. How when I see the comments and the direct messages of people saying I inspired them, I got them to start cutting hair," said Sulola.

Sulola’s former high school principal even booked a slot in his chair for a new hairstyle, he was one of the lucky ones because with millions of social media followers Sulola has an over-full inbox of prospective clients asking for a new look.   He also has the luxury of being selective in who he accepts.

"I see the people instead of the numbers" said Sulola. "I believe more in quality over quantity. Because I believe that eventually the money will come if you focus on the quality."

What's the impact of a Russian debt default?

Russia is poised to default on its foreign debt for the first time since the Bolshevik Revolution more than a century ago, further alienating the country from the global financial system following sanctions imposed over its war in Ukraine.

Over 1 million U.S. voters switch to GOP in warning for Dems: AP report

A political shift is beginning to take hold across the U.S. as tens of thousands of suburban swing voters who helped fuel the Democratic Party's gains in recent years are becoming Republicans.