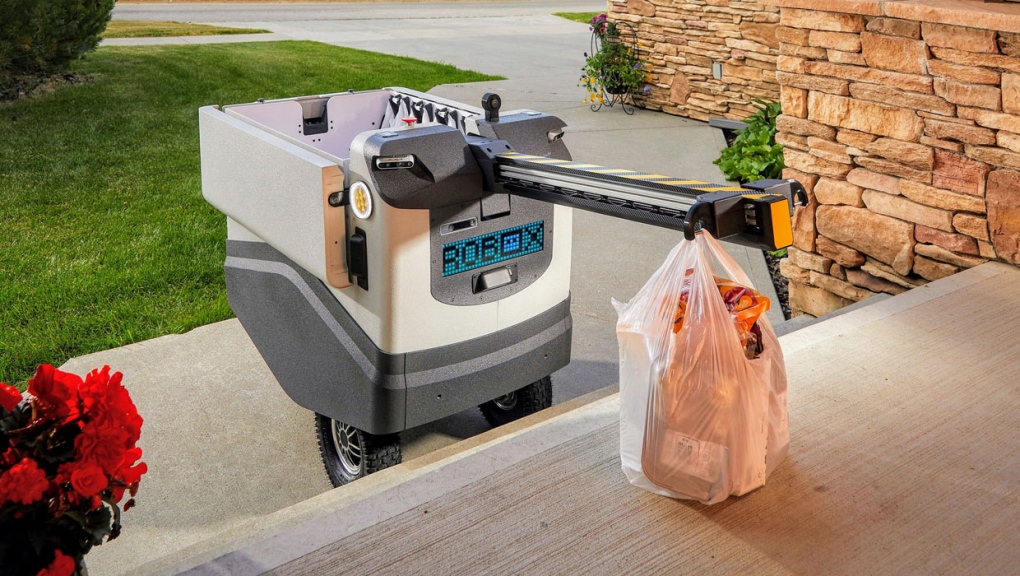 Joined by Night Rain Ventures, a Calgary-based venture capital private equity firm, the group hopes to attract additional attention from investors in both Calgary and in Silicon Valley.

As previously reported by CTV News in October 2020, Dianomix had been doing trials with their prototype unit – the first of its kind to be approved to be tested on public roads by Alberta’s Ministry of Transportation and the City of Calgary.

The Dianomix robot is equipped with cameras, sensors and state-of-the-art collision avoidance technology. It travels at the same pace as a walking person at around five kilometres per hour and the technology ensures the robot will always yield.

Currently, it has space to carry up to 10 grocery bags during each trip but at a width of just under a metre, it still shares the sidewalk with pedestrians, bicycles, wheelchairs and pets.

According to co-founders Ali Asghari and Marius Ulsamer, Dianomix’s prototype delivery robot has gathered a tremendous amount of data.

It’s no secret that demands for delivered goods has skyrocketed over the last year and Ulsamer believes that the demand will only grow from here.

“Last mile delivery was a growing trend even before the pandemic, it just increased demand five-fold.”

He believes that once autonomous delivery becomes mainstream, it will bring down the cost to consumers making it even more attractive.

“Not only the end customers but also the retailers, some of whom are taking a loss on delivery charges – so they are losing money.”

Autonomous delivery services are at the top of mind for large organizations such as Google and Amazon who have been working on alternative delivery solutions of their own, moving away from traditional truck and driver style operations.

Asghari says delivery solutions like Dianomix not only make home delivery more economically feasible but also can been viewed as a more environmentally friendly solution.

“A robot like this can replace what would be three to five individual trips done by customers in their own cars to and from the store,” he said.