CALGARY -- A Calgary-based drug maker successfully posted promising phase one trial results for its own COVID-19 vaccine, but the company’s future endeavours in Canada remain a question mark without federal funding for manufacturing.

Providence Therapeutics released results Wednesday from 60 participants aged 18 to 64 that participated in the trial, which show “strong virus neutralization capability,” with no serious side effects reported.

Participants received either a placebo or the PTX-COVID19-B vaccine made by Providence in one of three dose sizes. After 28 days, participants given any of the vaccine sizes showed COVID-19 antibodies, while all doses showed 100 per cent COVID-19 “blocking activity” after 42 days.

“You always hope that things are going to work out and they worked out better than we’d hoped for --- we got a fantastic vaccine,” said Providence CEO Brad Sorenson.

The vaccine designed by Providence is of the mRNA variety, which is similar to those manufactured by Pfizer-BionTech and Moderna, but Sorenson suggests his vaccine is superior.

“When we were pre-clinical, we thought we might beat them and based on our phase one, if you’re talking to apples and apples, I think we can still beat these guys so I look forward going into phase two head-to-head against Pfizer.” 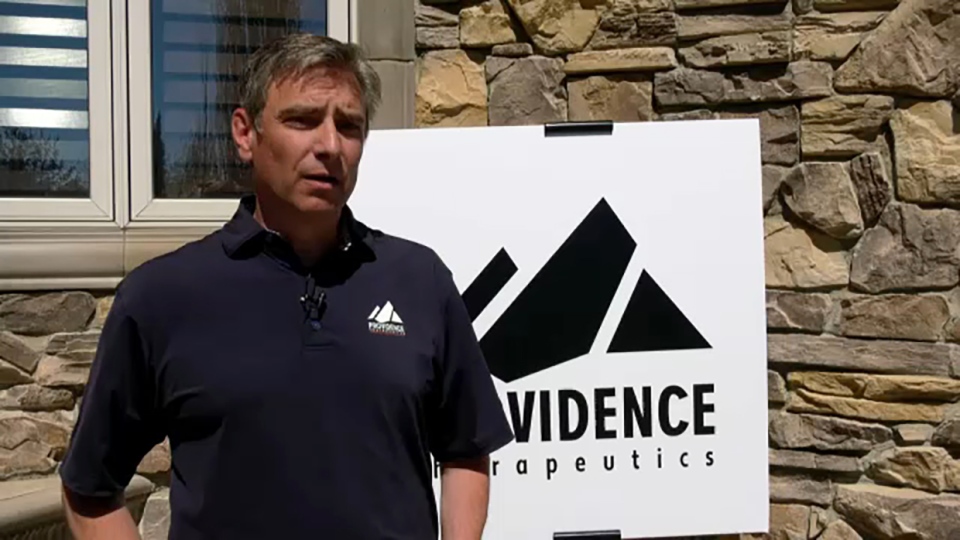 To test that theory, Sorenson has additionally requested that the federal government provide him with 500 doses of the Pfizer vaccine so the company can compare results, but he has not yet received an answer.

The recent phase one data from Providence has not yet been officially published or peer reviewed.

Phase two trials are expected to begin in June, with results expected in October. Meanwhile, the company will also conduct further phase one trials with different age groups.

Despite the positive results Providence has garnered through its phase one trial to prove its vaccine is effective, the company is now actively considering a relocation from Canada due to a lack of federal support.

Providence previously received $10 million from the federal government through the National Research Council NRC) and supercluster funds, but Sorenson said his firm needs more money to launch the manufacturing process.

It’s why he wrote a letter to Prime Minister Justin Trudeau in February asking for a $150 million loan to bring the shot to market, to which he has never heard back.

“We’ve never asked for a handout, we asked for a non-interest loan. All we need is the capital to get to work and that’s the crazy thing. This is such an absolute no-brainer for the government,” Sorenson said.

“When the world is scrambling for mRNA vaccines including us and there’s only a handful of mRNA vaccine companies in the world and one of them is within your borders, and they’ve just shown you data that is world class, we shouldn’t be having to fight as hard as we’re fighting to get this,” Sorenson said.

As a result, the company will be redomiciled, but Sorenson has yet to settle on a new country.

Sorenson added that the decision to relocate could put a planned vaccine manufacturing facility in Calgary in jeopardy. The facility itself was to be built by Providence’s partner Northern Mrna SND. Providence was slated to be the anchor tenant.

Sorenson said the only response it has heard from the federal government has been through the COVID-19 Vaccine Task Force, which after a 45-minute meeting told him they were concerned Providence might not be able to scale up production fast enough.

“There’s a huge lack of transparency and quite frankly I don’t believe the vaccine task force is qualified to evaluate our capacity to manufacture Mrna vaccines in Canada,” Soresnson said.

“They keep saying you can’t, but we’re the experts and we know we can. What’s the motivation behind that?”

Providence Therapeutics says its Canadian facilities are capable of producing 200 million doses of their vaccine every year, and in a time when the world should be ramping up vaccine, that capacity could really help.

“There is a huge worldwide demand. If Canada doesn’t want to participate in supporting this technology in Canada, there are other countries that are interested and we can do deals with other countries,” said Sorenson.

Ottawa has repeatedly said has made manufacturing decisions through advice from the COVID-19 Vaccine Task Force and based on that advice, officials made a $173 million commitment to help Quebec City-based Medicago produce its version of a COVID-19 vaccine. 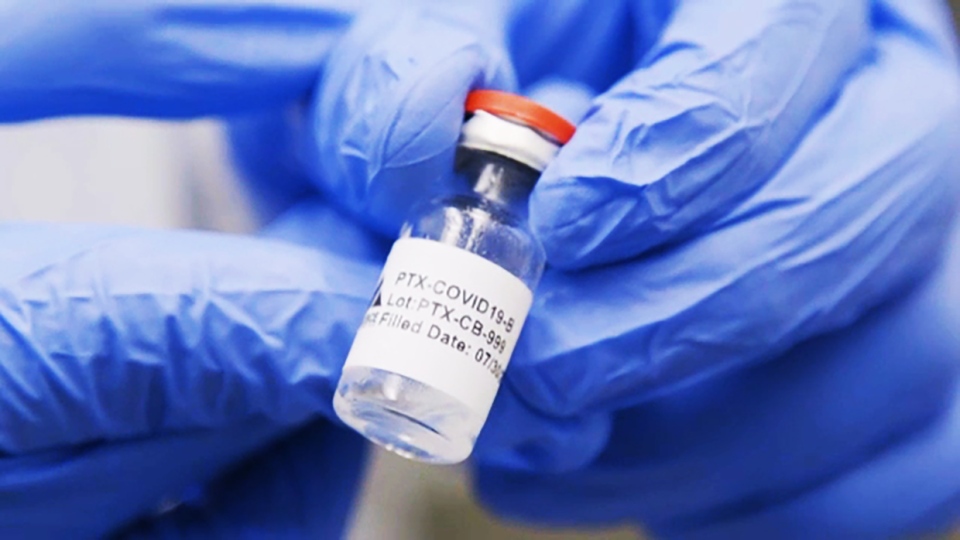 Medicago’s vaccine uses virus-like particles which mimic the structure of the coronavirus. The company has recently started its third and final stage of clinical trial testing on 30,000 human participants and results are expected later this year.

Sorenson, however is disappointed that his Calgary-based company did not receive such funding and believes it may be politically motivated due to the fact that the federal Liberals hold no seats in the province of Alberta.

In a statement to CTVNews.ca, a spokesperson for Minister of Innovation, Science and Industry Francois-Phillipe Champagne said the federal government “recognized the potential of Providence Therapeutics’ Technology and we provided them with significant early financial support to assist in the development of their first ever vaccine.”

The spokesperson said that support included “up to $10 million through two different federal programs.

“Minister Champagne has spoken directly with Providence Therapeutics CEO and the chair of their board of directors to discuss our continued support for their work as they bring their vaccine candidate through the early stages of development,” the statement said.

It added that the National Research Council recently sent letters to nine firms supported under the Industrial Research Assistance Program, including Providence Therapeutics, “to confirm our intention to support their phase  two trials, as well as to support them through the interim period until they receive the requisite regulatory approvals, to avoid any interruption in their work.

Since the beginning of the pandemic, we have been proud to support many promising Canadian vaccine and therapeutic candidates,” the statement said. “Recent media reports of Providence Therapeutics leaving Canada are concerning given that any such move could jeopardize their access to ongoing financial support from the federal government.”

Providence Therapeutics currently has an agreement with the Manitoba government worth about $36 million.

Under the agreement (which has yet to be signed or finalized), the province would pay about $18 per dose, with Manitoba putting up a non-refundable 20 per cent down payment of $7.2 million.

Subsequent payments would be made after the vaccine was approved and delivered, but that deal is in limbo as long as there is no federal funding in place for manufacturing.

Meanwhile, Alberta has also called on proposals from companies interested in vaccine development and manufacturing. 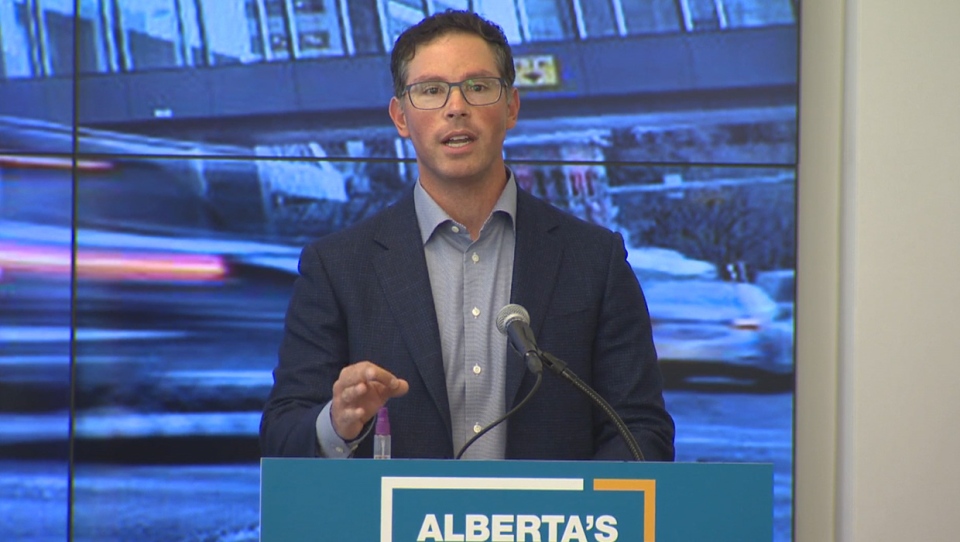 Providence is one of 17 companies that have applied to the Alberta government for funding -- both domestic and international – according to Alberta Minister of Jobs, Economy and Innovation, Doug Schweitzer.

In a statement from his office, Schweitzer confirmed that a proposal report to cabinet is expected sometime by this summer and depending on the proposal selected, the government will move to the next step.

“We are currently conducting our due diligence and will bring a plan to cabinet before summer. It is critical that we are never again subject to vaccine nationalism that slows or prevents Albertans from receiving critical vaccinations.”