The 2022 Carifest showcased several cultural groups from Jamaica to Grenada, Trinidad & Tobago, Brazil and beyond as they paraded from Olympic Plaza all the way to Shaw Millennium Park.

Billed as the city’s largest festival, spokesperson Sabrina Naz Comanescu says she’s overwhelmed by the community support after two years of cancelled events due to the COVID-19 pandemic.

“It means the world that we were able to be back on the road with all the bands, all the revelers, and all the good vibes,” she said.

“This absolutely characterizes a time for multiculturalism, but especially an eye on Caribbean culture.”

The event was particularly important for members of the Jamaican Canadian Association of Alberta as they recently celebrated the 60 year anniversary of the country’s independence from Britain on Aug. 6.

“How can you not have a smile on your face? This is freedom of 60 years of independence and you can't put a price on that,” said Ashford Baker of Calgary’s Jamaican community.

“I'll tell you something my friend, when the music hits you, you feel no pain. I think that's what we needed to kind of get through this and to bring us all back together again to share this as one.”

Many different cultural organizations took part in the event with the vast majority dancing to the sweet sounds of Soca music which is a mixture of Calypso, soul, West African, East Indian and Latin influences.

Perhaps the most exciting dance however was called the ‘Jab Jab’.

The Grenada-based dance is a celebration of the emancipation of slaves.

Namika Reuben could be seen covered in black paint alongside others with scary masks to signify the important historical event.

“It was first started with the slave masters, they used to take molasses and paint their bodies to mark the slave,” he said.

“So after emancipation the freed slaves took it a bit further and turned it into an emancipation celebration. In today's world, we use it more often to actually express our true freedom.” 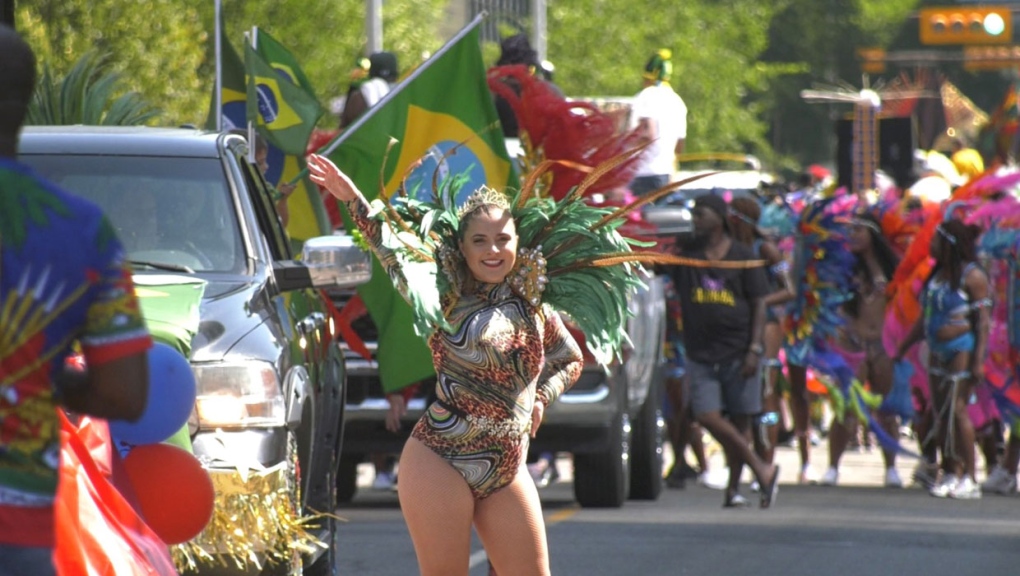 Plenty of vendors also took part in the event which will run until 8 p.m. Saturday at Shaw Millennium Park.

The evening will include performances from international Soca artist, Patrice Roberts along with Steele & the Hardcore Reggae Band from Toronto.