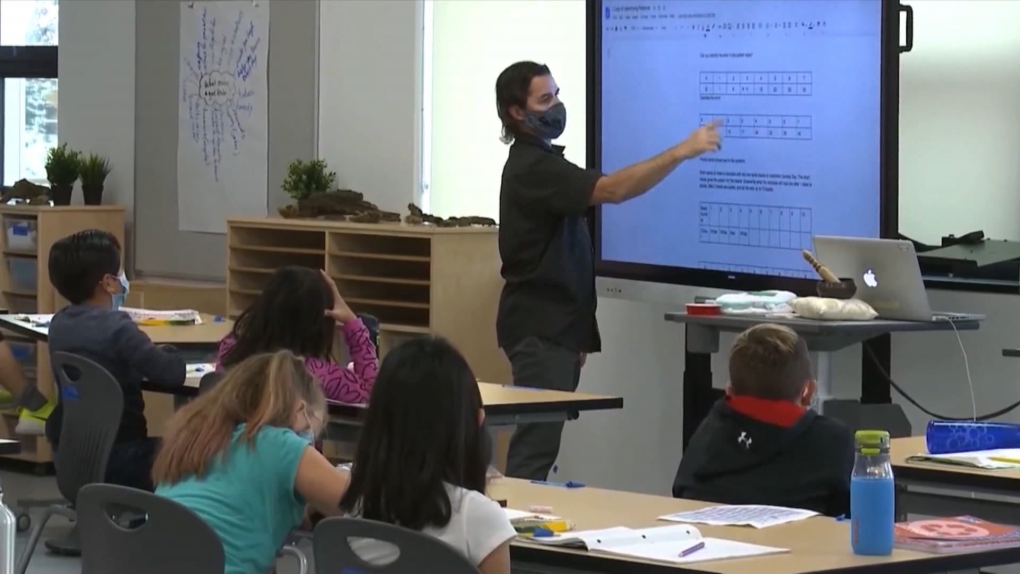 The Calgary Catholic School District has released its 'Make it to Christmas' plan that outlines its approach to planned gatherings in times of significant illness and absences. (file)

In a letter to parents and guardians distributed Monday, the school board unveiled its illness mitigation plan that went into effect immediately and could see holiday gatherings postponed, recorded and shared online, or held virtually in schools with outbreaks or high illness rates.

"We have a social responsibility through our faith to create Catholic Communities of Caring and to protect the most vulnerable - our children," said Dr. Bryan Szumlas, CCSD chief superintendent, in his Dec. 5 letter. "Further, the laws of Alberta, namely the Education Act, call for school districts to keep schools safe. To better accomplish this, we have formulated an Illness Mitigation Plan that will be in place starting today until Christmas break.

According to the CCSD, principals have been directed to reevaluate plans for large group gathering, including pep rallies, liturgies and assemblies, when student absence rates reach seven per cent.

Individual schools will be added to the CCSD Illness Dashboard when more than 10 per cent of the student body is absent with similar symptoms or when Alberta Health Services declares an outbreak at the school.

Once a school is on the illness dashboard, extra-curricular gatherings, including Christmas concerts, will not be held in-person and may be postponed entirely to a later date.

The school board adds that the use of face masks is being encouraged at all large group gatherings in all schools, no matter the absence rate.

"We are praying for our students, staff, families and health-care workers during these challenging times," said Szumlas. "Working together, we can safely, 'Make it to Christmas' and have the break that so many need."

The U.S. is tracking a suspected Chinese surveillance balloon that has been spotted over U.S. airspace for a couple days, but the Pentagon decided not to shoot it down due to risks of harm for people on the ground, officials said Thursday.