At 88 years old Branimir Brebrich is still a force to be reckoned with as he sits at a chess board.

"I play to win. And to win by some beauty, not just pushing the pieces… not to be like ‘a wood-pusher,’" said Brebrich ( a ‘wood-pusher is a chess burn meaning  someone who only knows how the pieces move, but they don’t understand the strategy, or beauty, of the game.)

Brebrich is no wood-pusher.  He is ranked as a chess master, and now is the first Albertan inducted into the Canadian Chess Hall of Fame. In a game known for its huge egos - (Gary Kasparov), or mercurial tempers (Bobby Fischer), Brebrich is understated, and even-keeled.

“I never brag about myself. because I  think if you say ‘I am smart’, that means you are not smart. If you said you're a genius, you are not genius," he said.

"Other people have to say that about you," said Brebrich. "You don't sing your own song. Let others sing for you."

Others are singing his praises as the octogenarian is awarded with his place in the Canadian Chess Hall of Fame.

"I knew Branimir way back in the early 70s, when I started going to the Calgary chess club and Branimir at that time was a top player, (one of the) top two or three in Alberta," said Steve Sklenka, the past president of the Calgary Chess Club. "We all looked up to Branimir's abilities," said Sklenka. "And turns out he was also an organizer, a promoter for virtually most of his adult life. So yeah, it was it was a great influence on me."

Brebrich influenced generations of chess players in western Canada. Born in Croatia he arrived in Calgary in 1968, becoming president of the chess club a year later. For the next decade he popularized the game, playing simultaneous games against multiple players in malls and other public venues.

In 1978 he set a world record by playing 575 simultaneous games, scoring 533 wins, 27 draws and only 15 losses. As a world record it stood for six years, but he still holds the Canadian record. 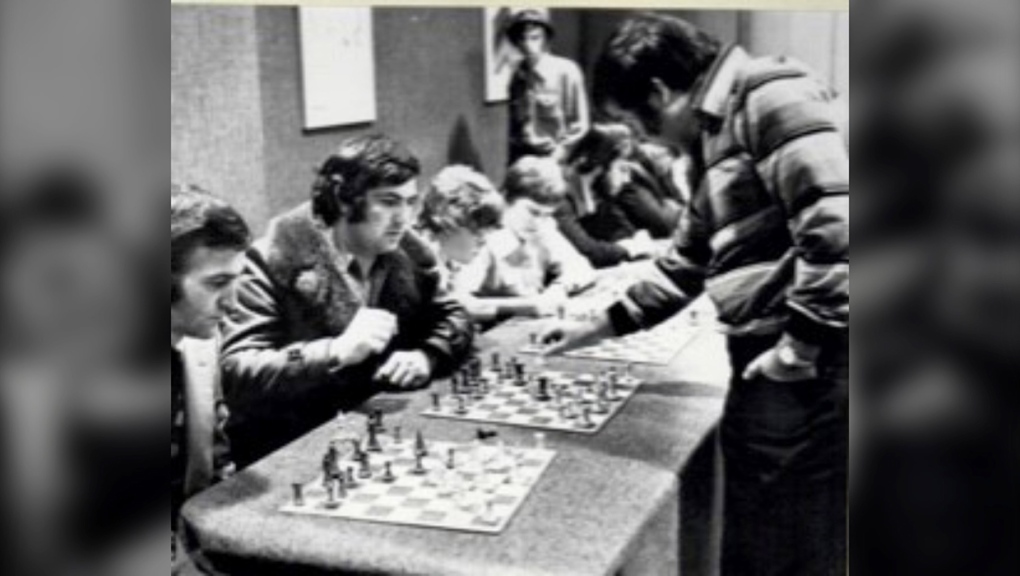 In 1978 he set a world record by playing 575 simultaneous games scoring 533 wins, 27 draws and only 15 losses. As a world record it stood for six years, but he still holds the Canadian record.

Brebrich said he could have played even more games,

“That happened in Edmonton, and I stopped at 575 because that was in Edmonton," said Brebrich.

"I wanted to break my own record in Calgary. But it never happened. So I could go even more than that."

In western Canadian chess circles, Brebrich is perhaps best known as a teacher.  On his "Brebrich on Chess" television program, which aired weekly on Rogers cable from 1972-1981 Brebrich introduced new players to the game and old players to new techniques.   He was also the Calgary Herald’s chess columnist beginning in 1978.

He left his real mark on the game in Alberta through mentoring you players, becoming the president of the Alberta Youth Chess Association, and teaching chess in schools from elementary through to being a lecturer at Mount Royal University (then Mount Royal College). 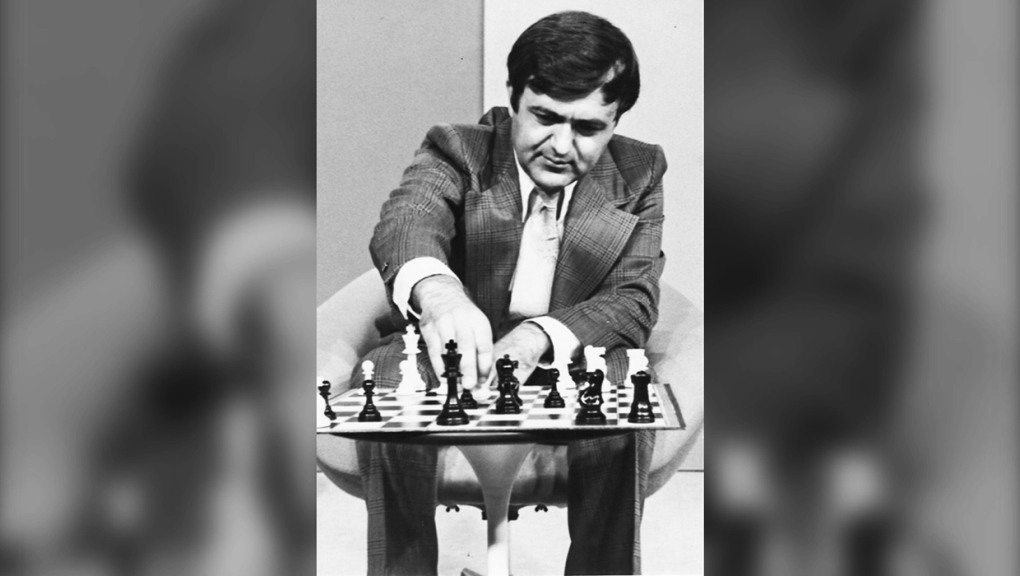 On his "Brebrich on Chess" television program, which aired weekly on Rogers's cable from 1972-1981 Brebrich introduced new players to the game and old players to new techniques.

THE BEAUTY OF A WELL-PLAYED BOARD

While still in love with the game, Brebrich says he isn’t in it for the competition anymore. Instead, he seeks the beauty of a well-played board.

“Now if I play, if I can make one small combination, that is beautiful, I enjoy that. I don't keep the score, like one to zero or whatever. That's not for me anymore.”

Brebrich might not keep score anymore but others do. In 2019 he was convinced to return to competition in the "2019 Battle of Alberta" pitching Calgary players against Edmonton’s best, where he scored 1.5/2 points (a win and a draw).

Like a lot of Calgarians Brebrich is spending time on the west coast in his retirement, where he has taught chess at the Richmond public library, and at a private school in the lower mainland. He is also finishing a book he started decades earlier about chess and life.

"I'm glad I didn't finish (earlier) because I was coming with new ideas," he said.

Brebrich said many of his fondest memories are of playing chess in public exhibitions, and would like to rekindle that by getting back in touch with those he played against in those matches.

"I want to say thank you all who participate in my exhibitions , starting from Westbrook Mall, to Marlborough Mall and old other malls,  with others playing chess. I really like you. I would like to see you again. Maybe one day we should meet all at one place and I will play against you again," said Brebrich. "Just to enjoy one day of remembrance of our past."

Canada’s deputy attorney general says the Department of Justice had ‘no involvement whatsoever’ in the department’s review and delivery of documents to ongoing independent public inquiry into the 2020 mass shooting in Nova Scotia.

Quebec Cardinal Marc Ouellet is accused of sexual assault in documents tabled in Superior Court Tuesday related to a class-action lawsuit against the Roman Catholic Archdiocese of Quebec. The allegations against Ouellet are part of a series of claims made against clergy members that are included in two class-action lawsuits against the church that have been authorized by a judge.

The first possible case of human-to-dog transmission of monkeypox -- recently reported in a couple and their pet in Paris -- had been a theoretical risk up till now, said Dr. Rosamund Lewis, technical lead on the monkeypox response for the World Health Organization.

Parents of young children will need a prescription for some over-the-counter fever and pain medication due to a shortage in pharmacies, Toronto's Hospital for Sick Children is warning.

Two infant products, manufactured by baby gear company 4moms, are being recalled due to strangulation hazards, according to a consumer product notice issued by Health Canada.

Canada's year-over-year inflation rate slowed to 7.6 per cent in July, with the deceleration largely driven by a decline in gas prices even as prices for food, rent and travel continued to rise.

Explosions and fires ripped through an ammunition depot in Russian-occupied Crimea on Tuesday in the second suspected Ukrainian attack on the peninsula in just over a week, forcing the evacuation of more than 3,000 people.