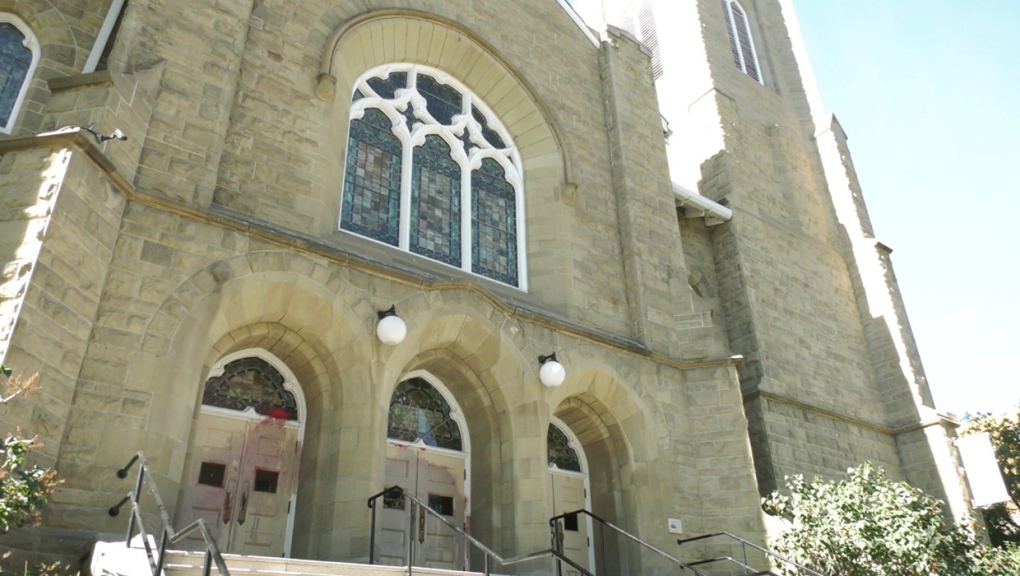 The church at the time, decided to keep the paint splattered across its doors to open a conversation about the importance of truth and reconciliation with Canada’s Indigenous people.

Calgary’s Grace Presbyterian Church was one of nearly a dozen churches in the city  vandalized with red paint last year, following the discovery of unmarked graves across the country containing the remains of children who attended residential schools.

At the time the church decided to keep the paint splattered across its doors to open a conversation about the importance of truth and reconciliation with Canada’s Indigenous people.

“When the church stood up and said, yes, this happened, yes, we understand, yes, we have work to do, that changed the narrative,” said Reverend Tony Snow, Indigenous Minister to the United Church of Canada.

In August, the church says a pair of vandals once again targeted the church, by painting over the red paint on its doors with a tan coloured paint.

Reverend Jake Van Pernis says he was disheartened by the attempt to erase the conversation about the reason behind the red paint.

He says following discussions, the church will repaint the doors to their original colour, which was a difficult decision.

“It was one that we took on prayerfully,” he said.

“It wasn't one that we just sort of rushed to. We did have ceremony and prayer before we entered into this and shared again that we still have this responsibility. And we're not shying away from the work of truth and reconciliation.”

Van Pernis says the church is working with an Indigenous artist to commemorate the significant event, to show it is committed to concrete change. 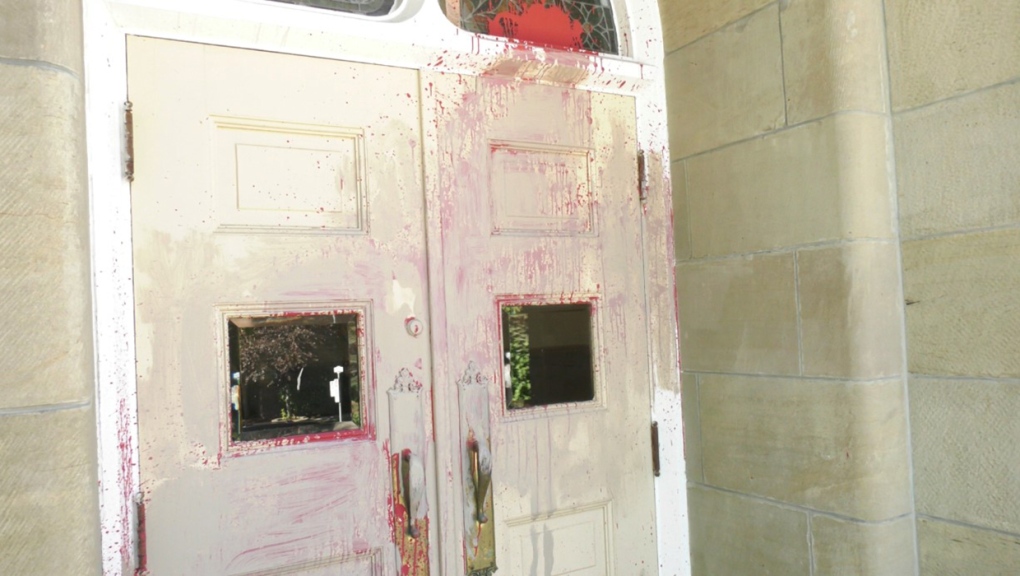 Paint left on doors of Grace Presbyterian Church in Calgary

“When this happened, we recognized that hey, maybe we need to step back and think through this,” he said.

“And so we thought a commemorative marker of some sort would be a way of reminding us of the journey that we’re on.”

It is a day the church plans to remember by hosting the Stardale Women’s Group to discuss the impact of residential schools and their legacy.

The group will air their film The Road which speaks to missing and murdered Indigenous women and girls.

The men’s World Cup quarterfinal stage kicked off on Friday as Croatia eliminated Brazil and Argentina beat the Netherlands. CTVNews.ca has all the latest from the tournament.

Pulled from a sunken trunk at an 1857 shipwreck off the coast of North Carolina, work pants that auction officials describe as the oldest known pair of jeans in the world have sold for $114,000.

Two Mounties who shot a man in his pickup truck at an Alberta rest stop were found not guilty on Friday of manslaughter and aggravated assault.

A security breach linked to Ontario’s COVID-19 vaccine portal exposed the personal information of thousands of people in the province.

The oath of allegiance to the monarch that has long rankled Quebec sovereigntist politicians is a thing of the past after the provincial legislature passed a law on Friday abolishing the requirement for its elected members. The Coalition Avenir Quebec government tabled a bill this week to make the oath optional after weeks of debate in the aftermath of the October election, as three members of the opposition Parti Quebecois refused to swear allegiance to King Charles and were barred from sitting.

The Ikea monkey was spotted 10 years ago. This is where he is now

A monkey cloaked in a tiny shearling coat was found roaming an Ikea in Toronto 10 years ago to date.