CALGARY -- Const. Jason Bramham has been with the Calgary Police Service for nine years, and was on duty up until February when he was rushed to hospital, with what turned out to be a serious infection.

Both his legs were amputated as a result.

"I keep saying, I can’t describe it, it was like the worst feeling in my life," said Bramham from hospital.

Bramham collapsed in his home in February and doctors found that he had contracted a strain of H1N9.

"The last thing I remember was being told by a doctor that, 'You’re in good hands, we're going to do what we can for you.'"

He was in a medically induced coma for about two weeks, going through several open-heart surgeries. He lost his legs because of limited circulation, with his heart pumping even harder to stay alive.

He was placed on the heart and kidney transplant list, but through his recovery did not need new organs.

"The most challenging thing honestly is just mental," said Bramham. "Having my body being basically broken is very difficult for me." 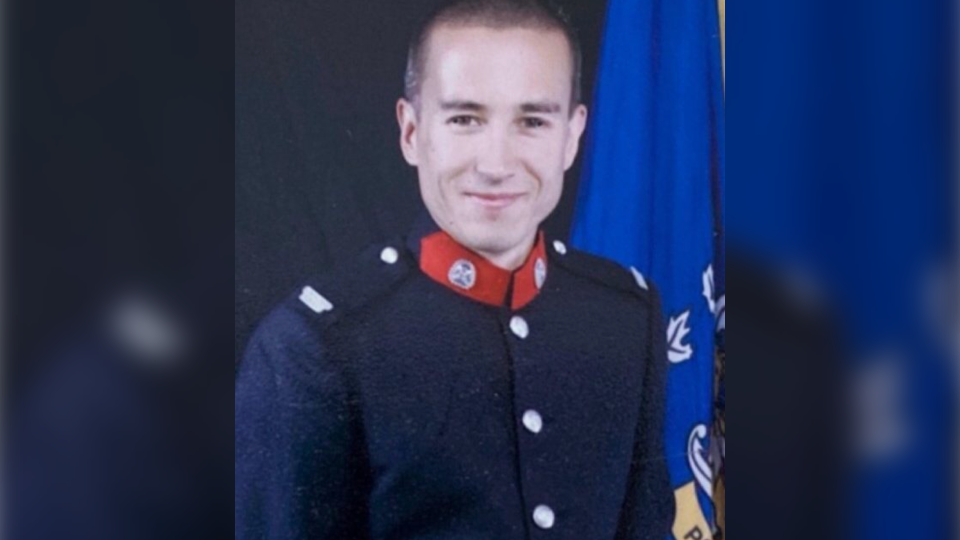 Bramham, 42, is an avid hiker and was part of a patrol response team (PRT) with the Calgary Police Service.

"On my days off, I’d be in Kananaskis somewhere exploring a mountain, going up to the summits," he said.

With both legs being amputated, friends rallied to raise money, so Bramham can secure a prosthetic right leg.

"We honestly didn’t know whether he was going to survive," said fellow officer and friend Gavin Sather, who started a GoFundMe campaign for Bramham.

The campaign has been a huge success, covering the cost of his $50,000 prosthetic leg in a little more than two weeks.

Bramham says he has no words to describe the outpouring of support from the community.

"It's also the support of people, like my friends, my family and even complete strangers," he said.

Sather says he does not want to see his friend crippled with debt, while he tries to walk again.

"It's inspiring to see someone who has gone through as much as he has and he wants to have his regular life back," said Sather.

Bramham says he hopes to return to duty, albeit in a different capacity.

He says he is being fitted for a full prosthetic for his right leg, as it was amputated above the knee.

His left leg was amputated below the knee, something he still has not come to terms with.

"That part is still difficult for me to accept," he said.

Bramham says he plans on continuing his rehabilitation, and hopes to soon be back on top of a mountain very soon.