CALGARY --  Calgary council voted in favour of a revised plan for stage one of the Green Line LRT project Tuesday evening.

Council voted 14-1 in favour of the LRT plan with Cllr. Jeromy Farkas the only one opposing the motion.

The approved plan comes after several councillors and outside groups criticized the plan to run the line from Shepard in the south to 16th Ave. North as single construction project.

The approved plan splits stage one into different segments and allows each section to be bid on and potentially constructed by different companies.

“Today is not a big day for the city, it’s the biggest day,” Mayor Naheed Nenshi said.

The plan is to first build the LRT from Shepard to east of the Elbow River as segment one. The second segment would be a tunnel portion though the Beltline and downtown. Separately, the final portion would see a bridge carry the project over the Bow River and north to 16th Avenue.

“If you look at the revised recommendations, one of the most important things administration did is recognize the fact that segment 2A and 2B can be treated separately,” said Ward 3 councillor Jyoti Gondek.

“If you think about it, one is really heavily into tunneling, the other is heavily into building a bridge. It may not need one contract to do those two things.” 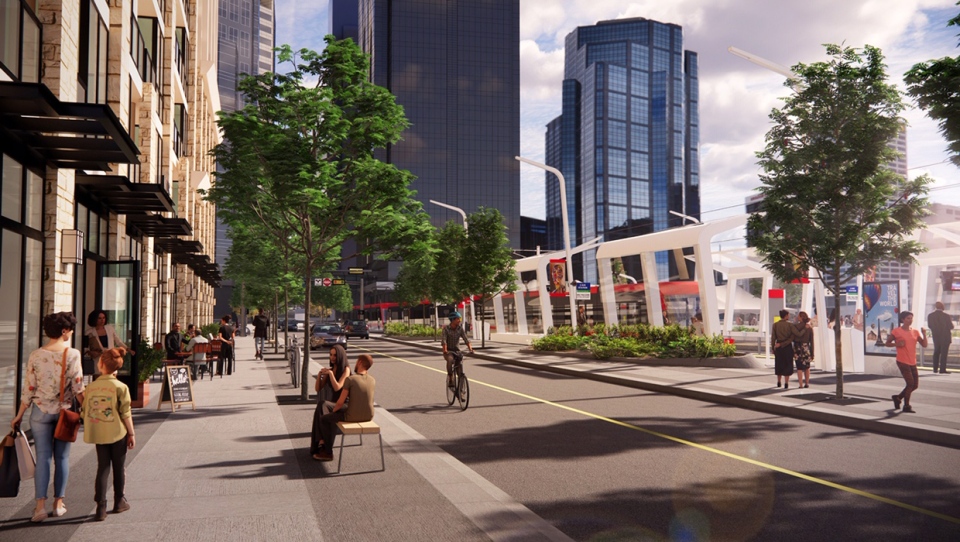 The capital budget for stage one of the Green Line sits at $4.9 billion, but the total cost could balloon to $5.5 billion when the potential cost of interest paid on city debt is factored in.

The federal and provincial governments have each pledged $1.53 billion towards the project.

Stage one is 20 kilometres and will include 15 stations. The entire Green Line will eventually run 46 kilometres.

Construction on the first segment of stage one could start next spring.