CALGARY -- A Calgary city councillor is condemning the UCP government’s reaction to an anti-racism rally in Red Deer Sunday that turned violent, with clashes caught on camera.

“In a situation like this, where you see violent action from one group against another, and it is clearly driven by racism, I don’t think its enough by a minister of justice to say, while we need to be a tolerant society, we will not accept violence," said Jyoti Gondek, Calgary Ward 3 councillor.

"That violence was rooted in racism," she added. "You have to call it out for what it is,”

Gondek was critical of the response from the Premier and the Minister of Justice and Solicitor General.

Both have said Canadians have the right to peaceful protests, but neither Kaycee Madu or Jason Kenney condemned the beliefs of counter-protesters.

Kenney re-tweeted a statement from Madu, which reads in part:

“Disagreeing does not entitle one to use violence. We can and should disagree with public policy, and discuss issues without resorting to violence….To all Albertans, my simple message is this: ours is a tolerant society that is built on a diversity of views and opinions. All Albertans can rest assured that as Minister of Justice, I will do everything I can to ensure this is the case.”

On Sunday, what was supposed to be a peaceful anti-racism rally turned violent after a clash with counter-protestors. 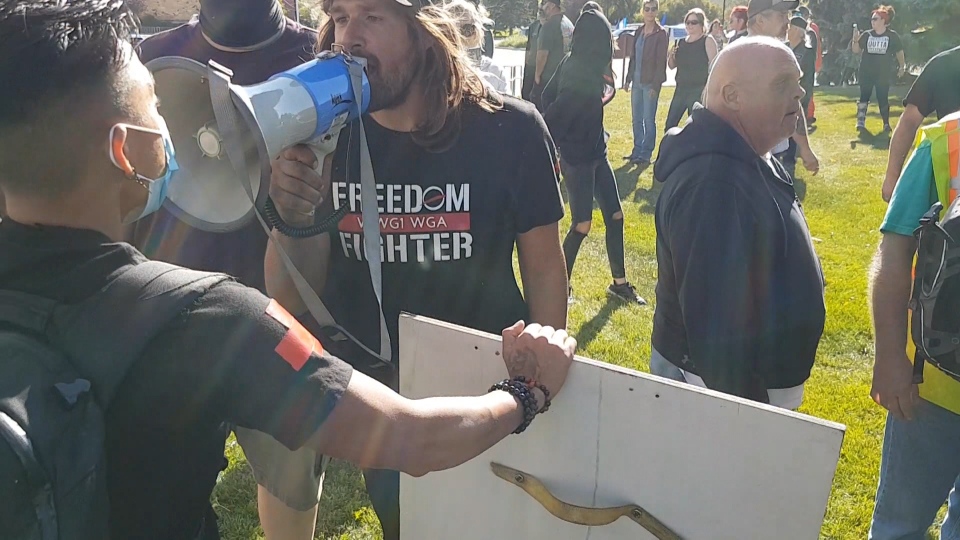 RCMP said they are reviewing videos and opened investigations into two possible assaults.

“I think the violence that happened in the rally is indicative of what's happening in Alberta, and how this is what we are fighting against for Black LIves Matter YYC,” said Nwofor. “if you’re a racialized person, if you’re a marginalized person, you’re used to these types of incidents.”

She said that needs to change.

“The message that I would like people in general to hear, and to be able to say for themselves, is that racism does not belong anywhere,” she said.

Nwofor said she is speaking out for equal rights for Black, Indigenous and all people of colour.

“I need different actions in the world. I need behaviour to change, I need policy to change,” said Nwofor. 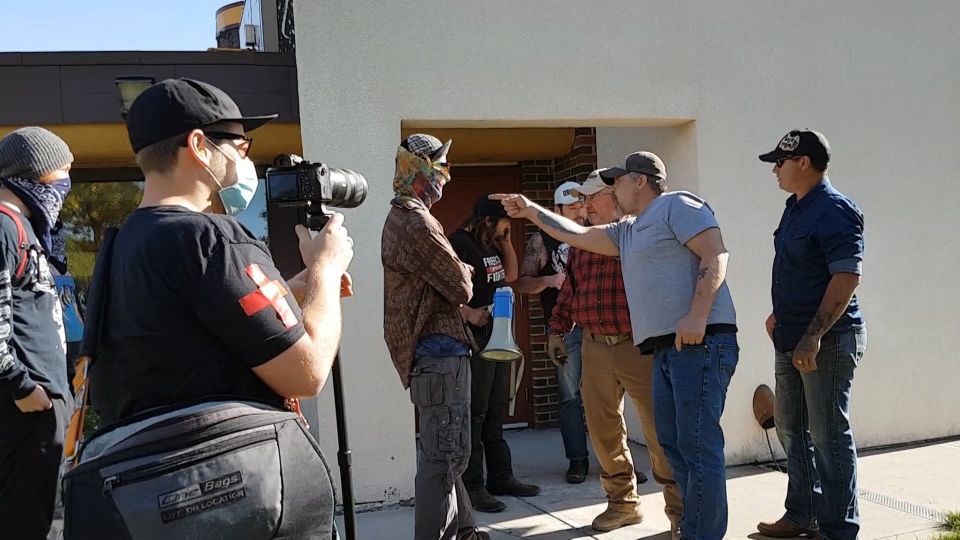 “We need to hear this from our leadership because the vast majority of Canadians, Albertans and Calgarians feel that all human beings are equal…If the message is not coming from the very top levels, people aren’t going to get it.” said Gondek.