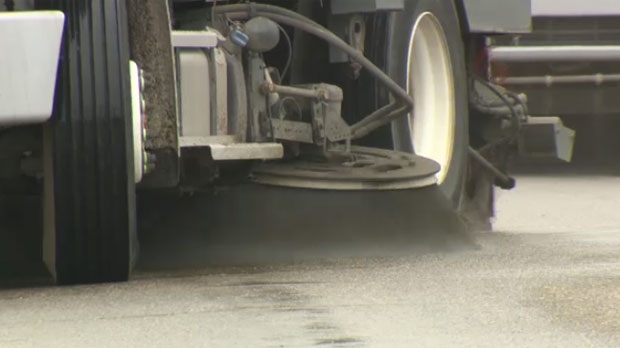 A Calgary city councillor is asking questions of administrators about this year’s street sweeping program after receiving numerous complaints about the number of tickets being handed out.

The number of tickets this year is nearly double the 12,119 tickets handed out in 2018.

Coun. Shane Keating has filed an administrative inquiry posing several questions, including whether the street sweeping schedule can be released at least two weeks in advance, whether 12 hours is sufficient notice, and whether the schedule is bumped up if some streets get done early.

Keating would also like to see some of the money collected in fines used to improve signage and communication or re-sweep streets that had low compliance.

“My office has heard a significant number of complaints involving the sudden change of dates in street sweeping, for example being scheduled on April 2 and 3, only to have it pushed back to April 4 and 5,” reads Keating’s inquiry.

“In some instances, we have heard that the Calgary Parking Authority (CPA) went through and issued tickets on the originally planned date, though Roads had since changed the schedule.”

In past years, signs were posted along streets slated for sweeping, however this year the city made a small change and signs are posted at neighbourhood entrances.

The city's street sweeping program begins in April each year and usually finnishes by mid-June.