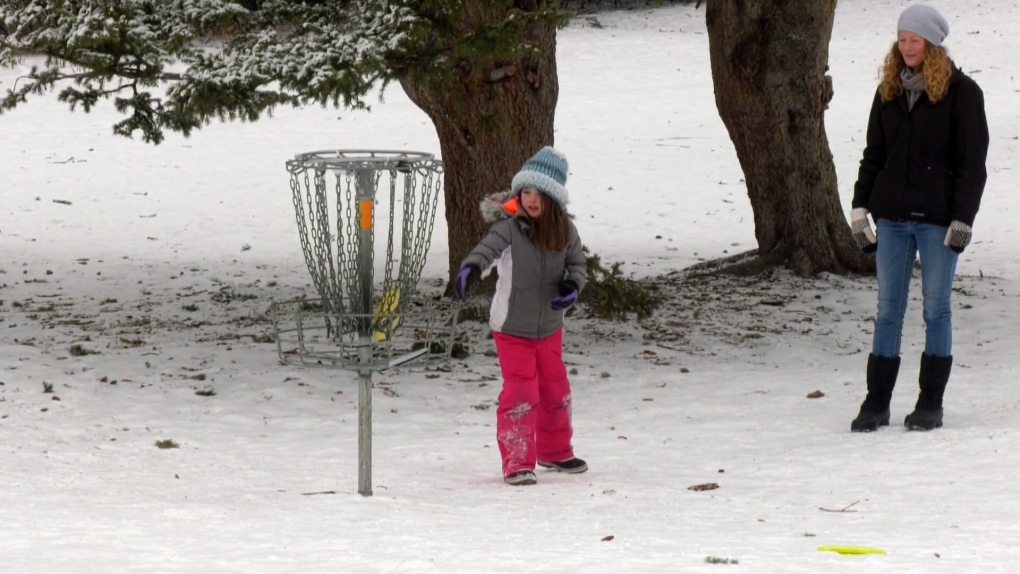 Stephanie McLeod and her daughter Tessa can once again hit the links thanks to a donation from members of the Calgary Disc Golf Club.

CALGARY -- A mother-daughter disc golfing duo can once again play they game they love thanks to the generosity of some fellow enthusiasts.

Stephanie McLeod and her daughter Tessa love the game of disc golf but when their car was stolen last week, all their discs left inside were gone when it was retrieved by Calgary Police.

McLeod says she and her daughter spend a lot of time playing disc golf.

“Once you have the discs, it's a free activity, its outside, she loves running around and it give us a nice thing to do together,” she said.

“Even during quarantine, it was one of the few things you could still go and do most of the time.”

Bryan Ferrari saw a Facebook post on Calgary Disc Golf Club page and said had to organize a donation. He managed to collect a bag and more than 25 discs to replace the stolen items.

“Everybody has extra discs that they have grown out of so it took nothing to make it happen,” said Ferrari.

Donations came from more than 30 different members and more are on the way.

"It’s kinda what we needed to restore our faith in humanity right then," she said.