CALGARY -- Heart surgeon Dr. Corey Adams moved back to Calgary with his family in April, drawn back in part by the lure of the outdoors, especially the mountains.

June 20, after completing the family’s first hike since moving west from St. John’s, N.L., Adams was leaving Grassi  Lakes Trail when he heard someone yelling “a man is unconscious, and turning blue!” Adams and his wife, who is also a doctor, leapt from their car to help.

The man who collapsed was 60-year-old Darrell Parker, unconscious after suffering a heart attack. He had also been hiking Grassi Lakes Trail with his family.

In this case everything did go right. Firefighters and paramedics arrived and used defibrillators to restart Parker’s heart before whisking him off to the Canmore General Hospital for treatment.

That wouldn’t be the last time Parker would be saved by Adams, either.

Doctors at the Canmore General Hospital discovered several blockages in Parker’s heart, and transferred him to Calgary’s Foothills Medical Centre (FMC)for surgery. When the FMC team learned Adams was the one who performed CPR on Parker, they thought who better to perform the operation than the man who already saved his life once already? 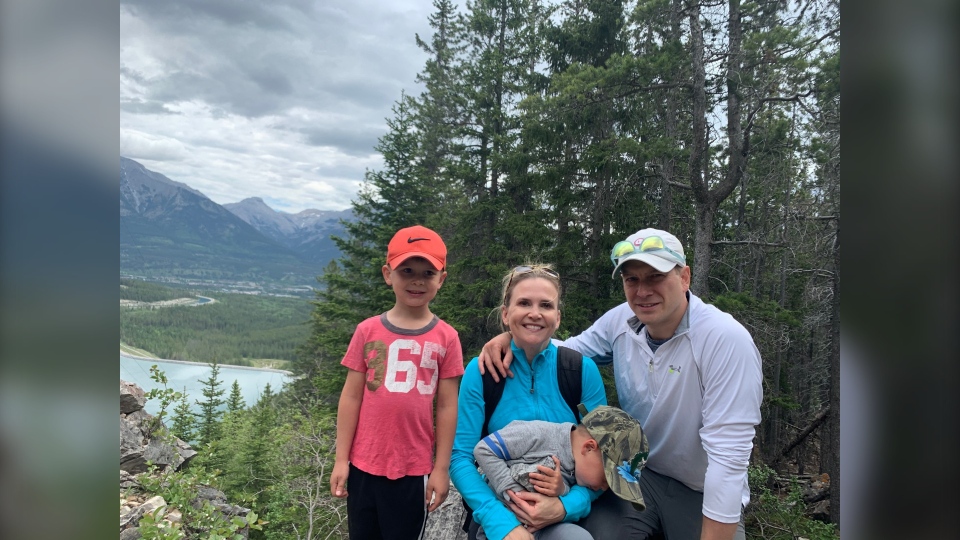 “We were so happy. They had something in common,” said Darrel’s wife Shirley Parker. “I never really got to meet him or anything there on scene.”

Parker, it turned out, required five bypass surgeries. The burly oil field worker said he had no idea he had heart problems, and said his story points out the need for everyone to learn CPR.

It also caused Parker to reflect on the first moments after he had that heart attack, and the person who kept him alive until Adams arrived.

“My whole life I've known CPR but I've never had to utilise that experience, but I certainly would (if need be),” said Parker. “The first person to start doing CPR. he could have made the biggest difference in the whole thing. First person to respond to me -- we don't know who he is, but thank you too.”

Adams said it’s almost unheard of for a heart surgeon to be a part of a patient's care right from the first emergency response through surgery to discharge.

“Darrell has kids, his grandkids talk about more hiking and he wants to get back to working,” he said. “So hearing his story, and even thinking about this story, it is career fulfilling, and I think we often don't get that.”

Parker expects to return to work in about three months, and says he plans to start walking more -- and hopefully return to hiking.

Meanwhile, Adams says more trips to the mountains are in store for him and his family, but their first family hike at Grassi Lakes will be one remembered forever.