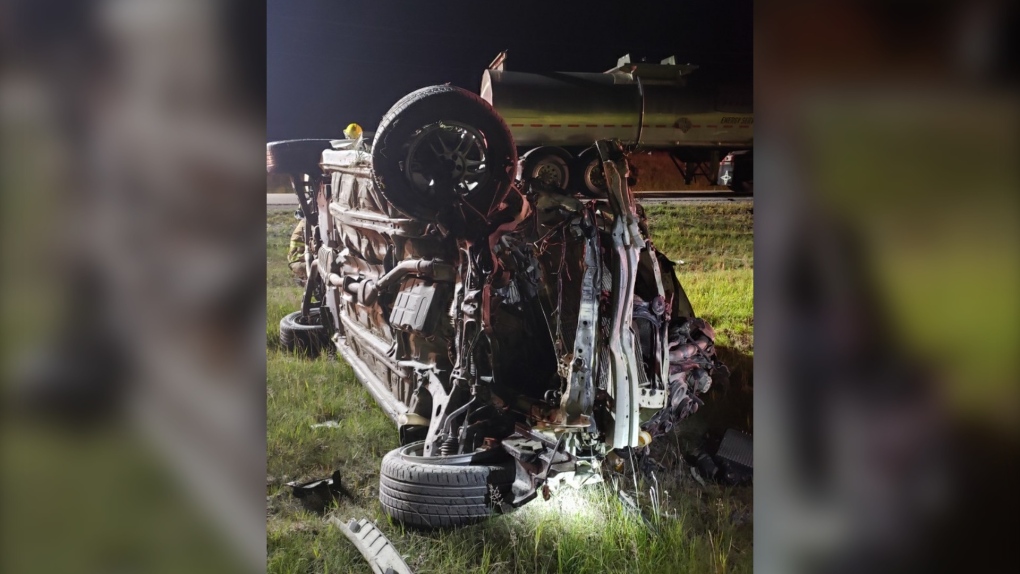 RCMP are still investigating, but charges are expected to be laid in the crash. (Supplied)

CALGARY -- Cochrane RCMP say charges are expected to be laid against a 36-year-old Calgary man involved in a dangerous driving incident.

Mounties were called to respond to a scene north of the town of Cochrane on Highway 22 early Sunday after a man was reportedly driving towards oncoming traffic on the two-lane route.

In the interest of public safety, RCMP officers pursued the vehicle and attempted to pull the driver over.

During the course of the pursuit, three oncoming vehicles turned off the road to avoid being hit.

A fourth vehicle, a semi tractor-trailer, also swerved to avoid the vehicle, but the suspect ended up hitting the side of the truck.

The impact caused the smaller vehicle to roll into the ditch, where it caught on fire.

RCMP, along with Alberta Sheriffs, managed to put out the fire with extinguishers and removed the man from the wreckage. 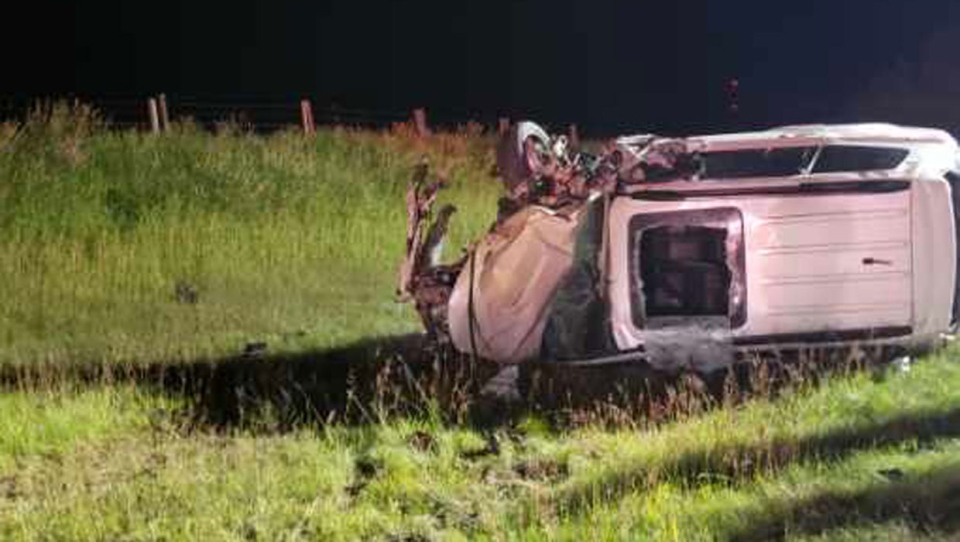 The driver, a 36-year-old man from Calgary, was taken to hospital by EMS in non-life threatening condition.

No one else was hurt in the crash.

The investigation is ongoing and charges are expected to be laid.