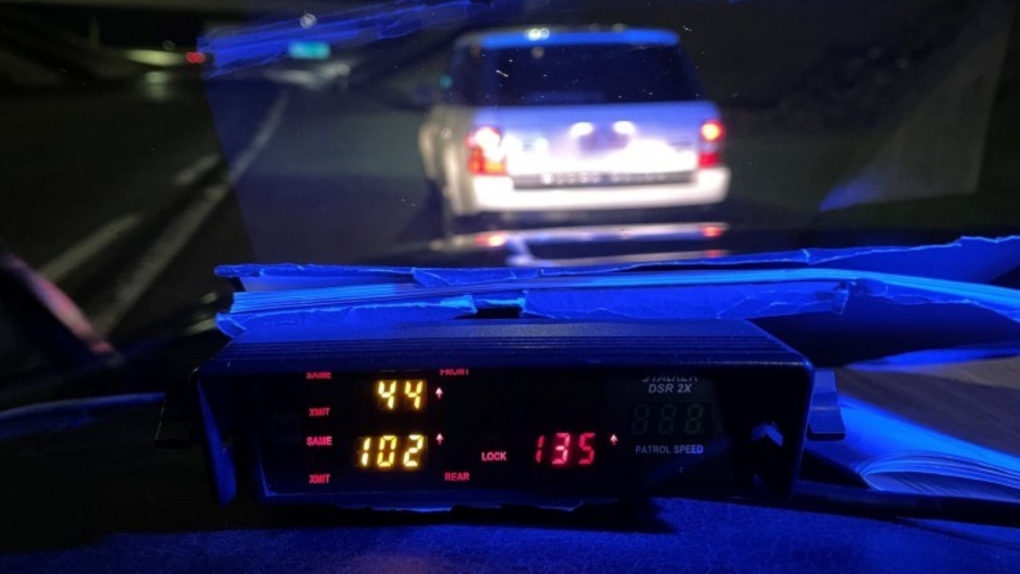 A vehicle was clocked at 135km/h in a 50km/h construction zone along Stoney Trail in northeast Calgary on June14. (image: CPS)

A driver has been charged after speeding through a construction zone on Stoney Trail in northeast Calgary.

Calgary Police Service officials say the driver was pulled over on Tuesday, at a spot west of Deerfoot Trail, after he was clocked at 135 km/h in a marked 50 km/h construction zone.

According to police, construction workers were on the job at the time and visibility was poor as a result of the heavy rain and darkness.

The driver, who has not been named, was charged with dangerous operation of a conveyance.

Acting Insp. Rob Patterson of the CPS traffic section says there has been a noticeable increase in high-speed driving offences.