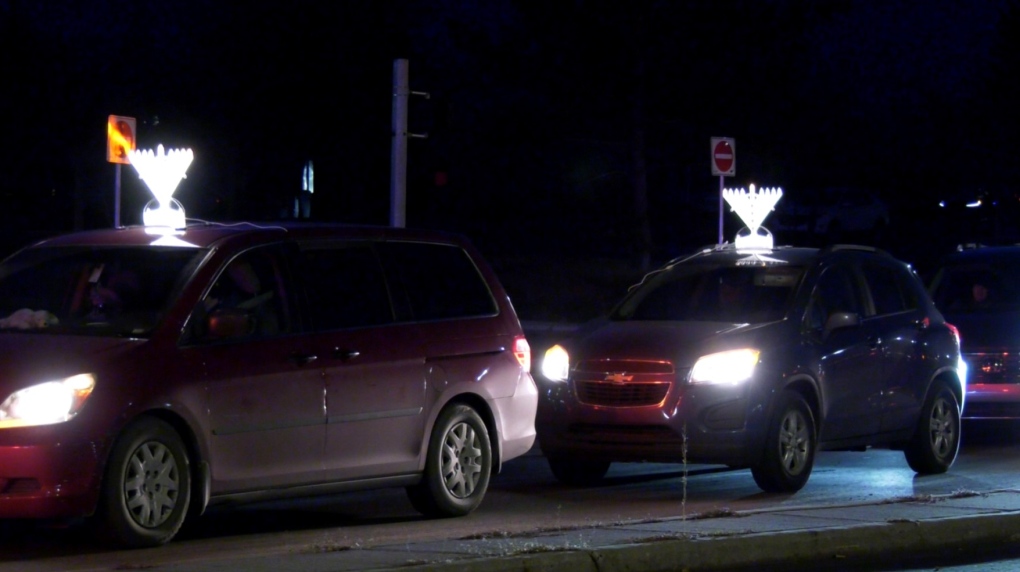 Some of the cars taking part in the parade, each with a specially designed menorah magnetically attached to the vehicles' roof (CTV News Calgary/Mark Villani).
CALGARY -

Calgary's Jewish community marked the first day of Hanukkah and lit up Calgary roads like never before with a special parade of vehicles Sunday evening.

The 33rd annual celebration of the 'festival of lights' in Calgary began at sunset with the official lighting of a large menorah outside the entrance to Heritage Park.

It was followed by a large parade of more than 100 cars, each with a specially designed menorah magnetically attached to the vehicles' roof.

Rabbi Menachem Matusof says the first drive-by event of its kind was inspired by the COVID-19 pandemic after last year's Menorah lighting at city hall was cancelled.

"It's just a message of saying 'yes' to light; we're not giving in to challenges and darkness, we need to be creative, we need to share and bring joy and happiness to people's faces and hearts."

Directed by first responder vehicles, the parade of car menorahs proceeded from Heritage Park through to Macleod Trail and past the Calgary Tower downtown.