CALGARY -- The leaves have not yet fully dropped off the trees in Calgary, but the pavement is already covered in snow, thanks to a mid-October cold snap.

The conditions are resulting in a slippery, even dangerous, commute for drivers Friday and it doesn't look like the situation will get any better for the drive home.

Crews are busy working on the Priority 1 routes, but many of the problems are occurring on the secondary residential roads that are further down the snowplows' schedule. 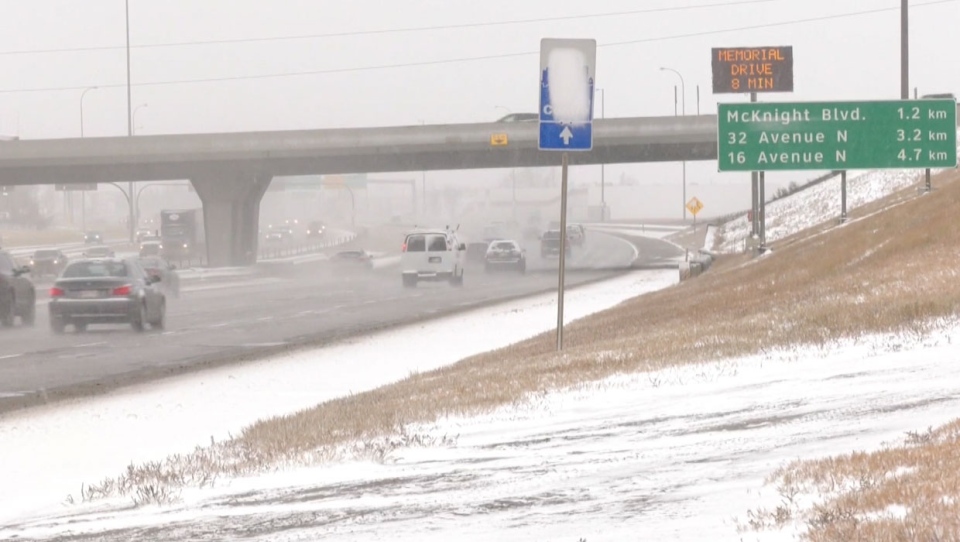 Officials say many intersections are slick and the snow has even frozen over in spots, creating black ice. Drivers are warned to be cautious on these areas and the city says it's unlikely they'll be able to give them a once-over until the higher priority routes are dealt with.

Your best bet is to take it slow and easy and drive to conditions as you head toward the busier routes.

"We want people to be really careful on the roads," said Chris Hewitt, roads maintenance manager with the City of Calgary. "They need to give a little more time on their trip. We want to (make sure) people keep a good distance between vehicles."

Hewitt also says drivers should avoid speeding, brush all the snow off their vehicles before they head out and install winter tires if possible.

In the meantime, city officials say 60 sanding trucks are prepared to head out over the weekend to put down a pickle mixture that should give drivers extra traction and melt some of the ice.