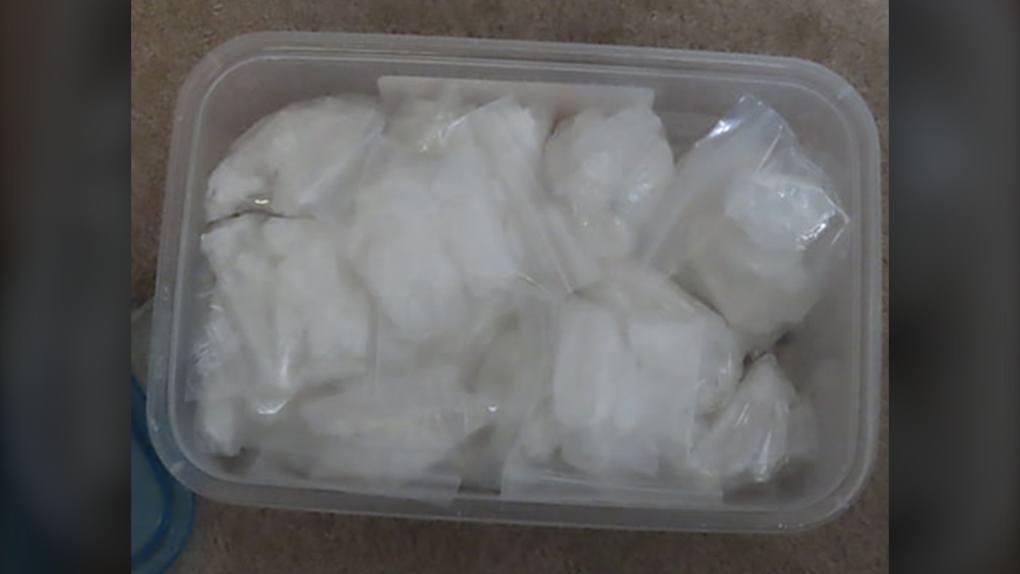 Some of the illicit drugs seized during the April 15 search of a home in south Calgary where a know drug trafficker, recently released from prison, lives. (Calgary Police Service)

Calgary Police Service officials confirm officers executed a search warrant at the home of "a known drug trafficker" in the 1500 block of First Street S.E. on April 15.

The search yielded undisclosed quantities of:

Police say the total street value of the seized drugs is $95,800.

A prohibited weapon was also found in the home.